UFC=WWE, What does Lesnar coming back mean?

In a shocking upset, Daniel Cormier knocked out Stipe Miocic to capture the UFC Heavyweight Championship. But, that wasn’t the biggest news of the night. Minutes after capturing the crown, Cormier got on the mic and asked Brock, who was sitting ringside, to come into the cage.

What we got was very reminiscent of a WWE angle. Lesnar came in, shoved Cormier and then proceeded to call out everyone in the top 5 of the division. This in itself isn’t too much, but when weighed with all the other things going on, it is a huge issue for both companies.

Lesnar opts back into USADA testing, what does that mean for WWE?

Lesnar jumping back into the USADA pool is a funny bit of news. After being popped for a banned substance after his UFC 200 win over Mark Hunt, he will still have to wait out a suspension if he does come back to fight Cormier for the belt. The earliest predictions have the bout happening somewhere around Super Bowl weekend. That date would make the most sense, but it opens up a whole new can of worms.

As the WWE Universal Champion, Lesnar still is under contract with the WWE, and while his contract allows him to compete in the UFC, the WWE is starting to feel the pressure of having a part-time champion. Fan viewership hit an all time low this past week, some can be attributed to the July 4th holiday, but it doesn’t bode well for the long-term future of the product.

With the company renewing the contract with NBC Universal for Raw, they are staring down the barrel of a gun. Having the lowest viewership in company history isn’t a great way to sell top shelf ad revenue.

What’s next for Lesnar and WWE? 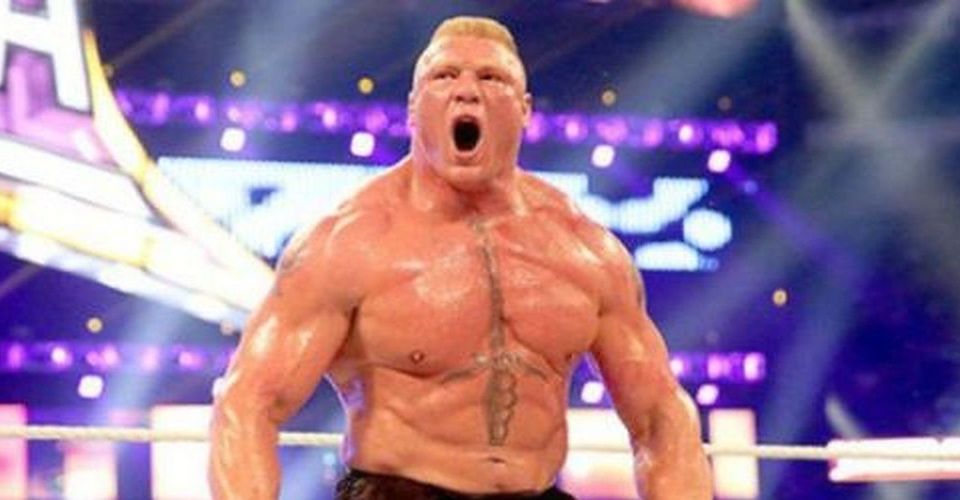 As Smackdown moves to Fox in the near future, Raw will have to do something to stem the tides. In my personal opinion, that would be to put an intriguing full-time guy in the top spot. With the depth of talent the WWE has now, there is no reason to still have the belt on a guy who only shows up three times a year.

He would be a great sideshow attraction, and would help build up big card, just like he does now. But, him holding the belt hurts their storytelling ability. It was evidenced these past weeks with the Reigns/Lashley feud. Yeah they are battling for a shot at Brock, but what if he doesn’t come back for Summerslam? What do you do then?

Brock has brought down the level of intrigue in the red brand. We all know he won’t be there every Monday and we definitely know we won’t see him on smaller PPV cards. What’s the point of keeping him champion? He served his purpose and now it’s time to let him make someone else a star. (Please not Roman)

Now this is something I haven’t seen or heard much from after the fight. There were rumblings that if Cormier lost, he would retire. But now that he has won, where does he go from here? Yes, Lesnar and him challenged each other, but we all know Brock won’t be able to compete until his suspension is up.

Cormier has expressed interest in fighting Shogun Rua for the Light Heavyweight Belt, but that’s not a fight everyone is clamoring to see. I honestly think Cormier’s next move after the UFC will be into the squared circle.

Now hear me out. Yes, he does have a cushy job broadcasting for the UFC, and he would make big money from a Lesnar fight. But, did everyone forget about his Twitter exchange with the Young Bucks earlier this year? Cormier and the NJPW Tag Team went back and forth about the style of pro wrestling that we see today.

Cormier is a fan of the old school, storytelling first style. While the Bucks are more flashy moves than great storytelling. To each his own, but this leads into an interesting prospect. What if Cormier came to WWE?

Why it isn’t crazy

As a self proclaimed fan, Cormier has a bunch of connections to the industry. It wouldn’t be a huge leap in logic for him to want to come over and work a match or two for big money. Just like Ronda before him, Cormier could come in with the UFC pedigree and instantly be seen as legitimate and would be over.

Due to his age, you wouldn’t expect a full time run, but if Goldberg can come back and stick around for a year, it’s not out of the question that a UFC Champion couldn’t come do the same. I could really see this is Brock loses in February.

It would be a smart play for Vince to make. You can book the rematch in your company as the baddest men on the planet go one on one, no rules. In this era, the WWE has to do something to keep up with MMA, and I think poaching another one of its biggest stars would be a smart move.