A historic night, live from Santiago, Chile. What could have been an afterthought of a card, really showed off the depth of the UFC roster. Some slick finishes, some brutal knockouts and a few surprises. Here is the night that was in Chile.

A pretty lackluster main event. Stuffed takedowns were the name of the game here. After an early miss Maia just shot takedown after takedown, getting stuffed each time. Usman kept great range and was picking Maia apart from the outside with jabs. A long right straight dropped Maia in the opening moments of the 4th, but other than that there was no other significant strike landed. Both men threw but missed more than they hit. Usman did say he broke at least one hand during the fight. It wasn’t the worst fight ever, and Usman took on a legend in Maia, but I was just glad it was over. 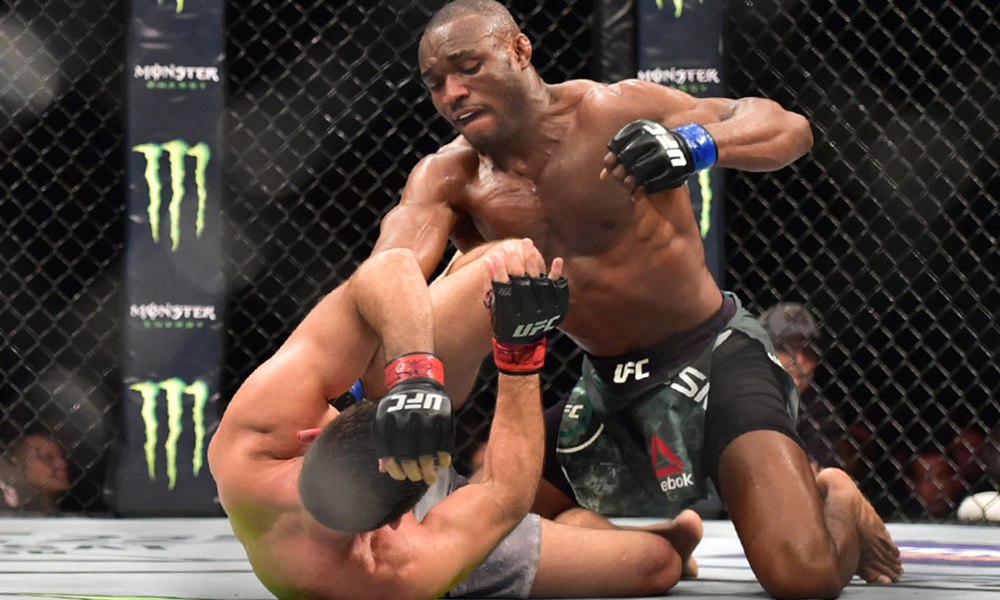 An intriguing match up to set the future of the Strawweight division into motion. Grasso and Suarez kept each other at distance for the first minute, but Suarez ended that with a quick takedown attempt. Grasso defends it nicely, but Suarez’s wrestling is just too much, throwing Grasso to the ground. From there it was just a wrestling clinic. Suarez was all over Grasso, eventually slapping in a deep rear naked choke. Grasso tries to fight it, but Suarez forces the tap.

Reyes is a long tall fighter, coming off two straight 1st round finishes. Cannonier comes out swinging over hand rights, trying to take his head off. Reyes attempts the first takedown, but Cannonier slipped out and attempts a clinch. Reyes shrugs it off, and clips Cannonier with a left uppercut. Cannonier stumbles and sways as Reyes swarms. Reyes catches him flush with another left uppercut, flooring the big man.

The crowd’s most anticipated fight. Rivas, from Chile, has home field advantage, but it doesn’t phase Cannetti. A very back and forth fight. After an early takedown by Rivas, it was all Cannetti for the first round. A big slam on Rivas as he tried an armbar. Rivas came out firing in the second, locking in a deep guillotine, which Cannetti barely escaped. Rivas continued in the third. Bloodying Cannetti with elbows. After a late takedown, both men were exhausted. A big third round couldn’t pull it out for the hometown boy. A bit of a surprise.

This could have been fight of the night, if Macedo didn’t lay on her back for minutes at a time, absorbing leg kicks from the standing Lee. The wrestling advantage Lee had was evident early and often. Landing takedowns from clinch anytime she wanted. Macedo had moments, like a big head kick in the first, but her aggressive style led her into trouble. Lee just had every answer for her, out transitioning her and withstanding the swarming punches. Lee bullied Macedo for the final round, the decision came easy.

Well that was a whole bunch of nothing, until it wasn’t. Here I will just post my fight notes.

“A minute of nothing. Laprise pulls guard, holds on to body lock into cage. Nothing. Small exchanges. Minute left.  Luque catches him while Laprise comes in, chin hits shoulder. Short left cross, some follow up on the ground. Luque by a KO”

What I learned about Luque during the fight rivals the recap. He has most UFC finishes since 2016 with 6. And his parents met and married in Chile.