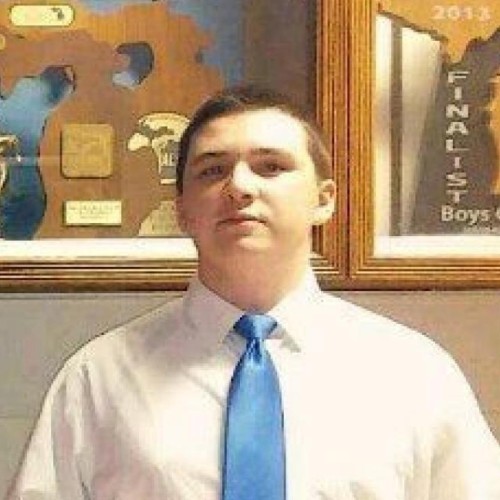 The Chicago Bears have amassed one of the best offseasons they have had in recent memory. Giving Ryan Pace an extension for their GM role, retaining defensive coordinator Vic Fangio and hiring a hot, young head coach in Matt Nagy, they are in win-now mode. The roster has seen multiple additions with the likes of receivers Allen Robinson, Taylor Gabriel, and Bennie Fowler, tight end Trey Burton, outside linebacker Aaron Lynch, back-up quarterback Chase Daniel and kicker Cody Parkey. Looking at the draft, they also acquired three day 1 contributors in linebacker Roquan Smith, guard James Daniels, and receiver Anthony Miller.

This may be the most clear starting lineup on both offense and defense in quite a few years, but behind them is up for grabs. As their final set of OTA practices approach, young players are attempting to make early impressions to keep them on the roster and challenge for a spot on the final roster. Here we take a look at our way-too-early 53 man roster projection.

Quarterbacks on the roster

Mitch Trubisky is set in stone as the starter this year and is looked at as the future of this franchise. With the weapons acquired this year for him, the sky is the limit. Chase Daniel is a more than serviceable back-up quarterback. He has spent multiple years behind future HOFer Drew Brees and also spent time with new head coach Matt Nagy in Kansas City. Tyler Bray was also brought onto the roster to help Trubisky learn the system but will likely get cut.

Arguably one of the most underrated backs in the league, Jordan Howard is a lock to make the roster. His first 2 seasons saw him run for 1300+ and 1100+ yards despite seeing tons of 8-man boxes. Tarik Cohen could be the breakout star of the year. A coaching staff that will know how to use him makes Cohen the scariest man on offense. Throw in his receiving and return ability and he is a lock.

Cunningham was brought back on another 1-year deal and is quite a good depth piece. He is another good pass catching back who also has special teams value. The wild card here is undrafted rookie Ryan Nall. Coming out of Oregon State, he showed a bruiser style of running and solid hands. He will have a challenge from Taqaun Mizzell and fullback Michael Burton.

The wide receiver position is by far the most overhauled position on this roster. What the Bears did reminds me a lot of what the Eagles did last season. The top 3 are locks to make the roster. Robinson feels a bit overlooked this year, but that was to be expected with his injury last year. Gabriel figures to be that speedy receiver that will fit wherever Nagy needs him too. Miller is a favorite to spend much of his time in the slot.

White is the only returning name on this list. He has one final chance to prove his talent after 3 seasons cut short due to injury. If not, there’s a chance he could fall out of the league entirely. Fowler comes over from Denver and is a great depth piece and has special teams value. The last pick was hard, however I believe if Wims doesn’t make the final roster, he could get claimed somewhere else and not be eligible for the practice squad.

If the Bears keep a 7th, Marlon Brown and Tanner Gentry are names to watch. I believe this is the year Josh Bellamy finally gets his deserved pink slip.

This group could be one of the best or one of the most dissapointing on the roster when the season is over. Bears fans are hoping Shaheen is used more to his ability this year. Burton comes over from the defending Super Bowl champs and gives Trubisky another weapon. Dion Sims was brought back after a disappointing 2017 season. He will be primarily a blocking TE. Don’t be shocked to see multiple 3 TE sets with that trio. Daniel Brown comes back as a solid back-up and special teams asset.

Barring injury, the starting 5 are essentially locked in place here. Long is healthy, Whitehair can focus on center, and James Daniels will have plenty of timebeing talent to transfer to guard. Jordan Howard must be chomping at the bit to run behind that interior. Leno returns after getting an extension last year and Massie is on his contract year. Harry Hiestand has retuned after a few years back in college and figures to make this line even better. Don’t forget 2 lineman drafted in the top 9 this year were coached by him.

Behind them, Kush and Sowell are capable players who are able to play well if needed due to injury. Watford was signed in the offseason as a depth piece and figures to make the team. Dejon Allen is an undrafted rookie out of Hawaii who will do enough to impress and make the team.

Akiem Hicks signed a 4 year extension the day before the season opener last year and is the anchor of this defense. He will continue his dominance in that role. Eddie Goldman should be a force as long as he can stay healthy. With Mitch Unrein off to Tampa, the final starting position on the line figures to be a battle. Bullard, Nichols and RRH all figure to have a shot at starting, but a rotation could be an option here. Jenkins returns as a depth piece.

Now we come across the weakest position on the roster. Floyd can breakout this year, but he has to stay healthy this year. Behind him, there’s a good bit of promise but it comes with some worry. Aaron Lynch looked to be promising after his first 2 years under Vic Fangio, but his last 2 years were disappointing to say the least. If he can rekindle that magic he once had, he should start on this defense.

Rookie Kylie Fitts was injury ridden at Utah, but when healthy he showed signs of promise. For yet another player, health could be the key. Acho returns as good depth and special teams value, along with being one of the locker room leaders. Don’t rule out a trade or signing a player who gets cut before the season starts.

Trevathan and Smith could be one of the best linebacker duos in the league when the year is over. Trevathan is always a reliable payer who you can count on for big plays and Smith has been touted as the best defensive player in the draft. Behind them, Kwiatkowski showed plenty of promise last year after stepping in for injuries. The Bears will find ways to get him on the field. Iyiegbuniwe is an athletic freak and will play heavily on special teams along with Timu.

The Bears proved how much they are committed to Fuller when they matched the Packers offer for him. After not picking up his fifth year option, he broke out and looks to continue taking strides. Amukamara returns on a 3 year extension after allowing just 1 touchdown in 15 games last year.

Callahan and LeBlanc both will contend for snaps in the nickel position while providing solid depth. McManis is one of the best special teamers in the league and will rarely see the field on defense. The final spot could very well go to Marcus Cooper, but the upside of Toliver will intrigue the Bears and he will get the final spot. Look for names like Michael Joseph and John Franklin III to make the practice squad.

Jackson ended his season as one of the biggest steals of the 2017 draft. Before he broke his leg in college, he was trending towards being drafted in the first 2 rounds. He showed his playmaking ability and looks to be a lock to start this year. Amos broke out after initially losing his starting spot Quentin Demps. Now he hopes to build on that and be a key contributor on this defense.

The worry here is depth. The Bears are one injury away from starting a player with little experience. Much like outside linebacker, watch for Ryan Pace to look for a player cut before the season begins.

Parkey was signed in the offseason from the Dolphins to fix the Bears kicking woes. While I would’ve liked to see the Bears give Cairo Santos a shot while he was healthy, Parkey is a good alternative that should give them some stability. O’Donnell will have to fend off rookie Ryan Winslow but I believe he will have one more shot to try and prove his worth. Patrick Scales comes back as long snapper after a torn ACL ended his season last year.