This week Raw was live from Houston, Texas. The crowd was into it, which helped the overall feel of the show. It was actually a pretty good show. Of course the Zayn/Lashley conflict still spins its wheels a bit. Braun breaks a ladder in half, James Harden appears… no, not that one and Finn stands tall.

This week I’m gonna try a bit different take on the article. More opinion based, less play-by-play. Let me know which one you prefer in the comments down below.

Elias started the show with his usual promo, seems like he doesn’t do much else to get over. Rollins comes out and the eventually stand off with chair/guitar respectively. Jinder jumped Rollins, so Roman came out. And we get a Teddy Long special, TAG TEAM MATCH! Mahal and Elias ran most of the match, with Rollins getting a chair. He slides in and Elias hits him with a DDT on it. Then hitting Drift Away.

This match is the same opening they have done the whole month. Promo, someone comes out, brawl, match instantly made. It’s a rinse and repeat method that has been around forever, but now we just add in instant matches, instead of it setting up the main event. I guess this is what the extra hour of Raw gets us.

James Harden Appears….Nope, Not That One

Curt Hawkins is out here offering free tacos to everyone if he wins. He hand selected his opponent, James Harden… an average looking white guy. (Works in Booker T’s ROW) Hawkins was working it pretty well, but then Baron Corbin came out and destroyed Harden. Getting Hawkins disqualified.  He then wasted all the food by dumping it onto Hawkins after destroying him.

Corbin is now the Constable of Raw? I’m not sure what that truly means, is he just the new Corporate Kane? Hawkins hit the 200 loss mark, and we got a cheap idea in the James Harden name. But, I’m using it… dammit okay, guess it wasn’t the cheapest.

Ronda was on commentary, while Nia and Nat went at it in the ring. Nat worked all match to get Nia down, finally getting her down with a discus clothesline. She goes to the ropes, and “hurts her knee”, Nia hits her with a Samoan Drop. Nat lays there selling it as Ronda comes down.

They made it feel like they were gonna fight, or at least get close to a confrontation. Apparently they still don’t think Ronda should get physical on TV again just yet. It’s okay, but it’s not making me want to see the match. There just isn’t something there, some sort of spark is missing. I know they hoped it was this, but Nat “hurt” herself if anything. Nia was in the center of the ring, Nat hit the ropes. Zero way to fault Nia.

Braun Breaks A Ladder With His Bare Hands

Roode got a promo before the match, saying he is just trying to survive. Which is a nice way to build Braun up to kill Brock at some point. Roode played it smart the entire match, even getting the upper hand at one point. He pulled out a 12 foot ladder, and placed it between the ring and barricade. He had Braun chase him, Roode slid under, while Braun went through. Using a double hammerfist to break through the gimmicked ladder. He hits a powerslam soon after and it’s over.

Good way to get Braun really rolling into the PPV. I’m guessing they are just gonna let him win, or they will have all the participants gang up and somehow stop him. Either way, Braun is gonna get the title, and hold it for a long time. He is arguably the biggest face in the company, and could be a heel against someone like Bryan or Gargano. It’s a good mix of 80’s monsters and 00’s indies.

B-Team Gets Its Shot

The B-Team just keeps rolling. Now 3-0, winning the battle royal by a mistake by Heath Slater. Ziggler and McIntyre we’re the odds on favorites, but creative used this to start separating them slowly but surely. Ziggler almost got knocked out multiple times, before ultimately getting knocked out. McIntyre loses it and takes out half the ring. Ziggler and McIntyre destroy a couple more people before the refs step in. Then it’s just whittling the teams down. Revival/ Slater & Rhyno/ B-Team are the last 3 teams left. Revival is taken out, then the B-Team almost gets Rhyno out, but Slater takes them out. He picks up Dallas, but strikes Rhyno, knocking him off, losing the match.

I really didn’t think they would let them go get a title shot.  I thought Vince hated tag teams, but I guess this is one he is laughing at backstage. I guess it’s a decent place to be. Santino rode that for years, and will probably get in the WWE Hall of Fame at some point.

Zayn/Lashley Better Be A Good Match

Still spinning its wheels. Zayn still is trying to disparage Lashley’s reputation, saying he broke his hand. He still gestured with it perfectly fine, but whatever. Lashley still smiled his ass off. Zayn kept digging in and admitted to having burner Instagram accounts, like a teenage girl. He finally finished with did he even serve in the Army. Well, of course not, Lashley was in the Air Force. Always has been brought up. He gets mad finally.

It’s still just a terrible angle to do. They should really just went with Zayn trying to prove himself, and not bringing personal ideas/social media into this. That would at least give me a legit reason why Zayn would be going after Lashley, and why Lashley just didn’t care.

Alexa Bliss, Ember Moon and Sasha Banks took on The Riott Squad, but Alexa took an early bump and left. It was a 3 on 2 domination for most of the match. Sasha got the hot tag, but it was stopped short. Bayley came in when Sasha needed her, taking the tag and clearing house, getting the pin. But, after the match Corbin convinces Angle to reverse the decision.

I guess we are still furthering the Banks/Bayley angle since they both Moon and Banks walked away from her after finding out the decision. It’s probably the best match the women on Raw have to put on, but we’ve seen it multiple times before. They want it to mean something so look for one of these women to get a title shot soon.

Finn Stands Tall, For Once 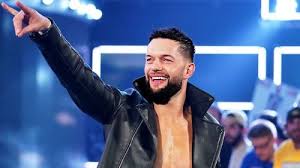 In another Money in the Bank preview, Balor took on Owens. Owens, feeling slighted, took it to Balor. He worked the arm mostly, until pinning Finn in a corner. He pummeled him until the ref disqualified him. Owens then went to the top, hitting Balor with a frog splash. Then Owens went and got a ladder, setting it up in the ring. Climbing it, he looked to jump, but was scared. He climbed down and attempted again but Finn got up the 3rd time and caught him. He climbed up and hit the Coup de Grace off the ladder. Balor climbed back up and took the briefcase.

Other than Owens being scared to jump from the same height as the ring post, 30 seconds earlier, it was a good match. Nothing that stood out a spectacular, but solid work. Finn has been main eventing the last few weeks and it’s nice to see them getting him back towards the title picture. But, having Braun on Raw will really hamper a lot of peoples chances at runs.