The UFC announced yesterday that they would be hosting a “special” press conference in Los Angeles on Friday 3rd August, featuring “more than a dozen fighters”. The press conference will begin at 1:30pm PT (9:30pm GMT), followed by the ceremonial weigh ins for this weekend’s UFC 227.

The UFC is yet to announce which fighters will be attending the press conference, however it is expected that Tyron Woodley and Darren Till will both be in attendance – the pair headline UFC 228 in September. As no headline bouts have yet been announced for either 229 in October (Las Vegas) or 230 in November (New York, MSG), we could be set for some huge announcements in this press conference.

Conor McGregor has recently stated that he expects to return to the Octagon by the end of 2018, and that a deal is close. He has also said that he expects his return fight will take place in Las Vegas, which just so happens to be the location of UFC 229. It would be a huge coup to have McGregor step back into the fold, with his last fight in the promotion being way back in December 2016. 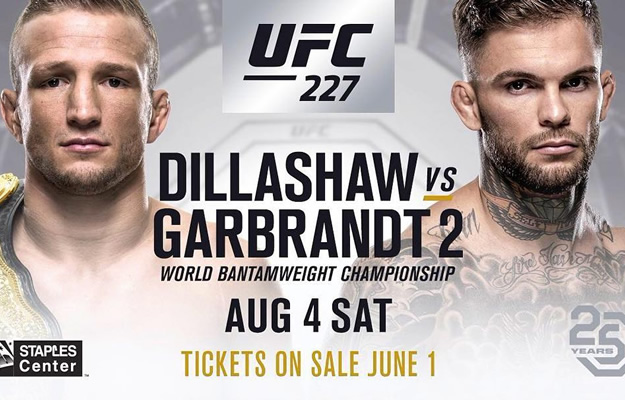 It is also possible that Daniel Cormier could be returning to headline one of the two upcoming events in October or November as he looks to defend his light heavyweight championship before a superfight at heavyweight against the returning Brock Lesnar at the start of 2019. Cormier has called out a host of light heavyweight contenders in the past few days, making his intentions to defend the belt clear.

Alexander Gustafsson would likely be the biggest fight they could make for Cormier, however the Swede recently had to drop out of UFC 227 with an undisclosed injury. If he was healthy in time for a fight with Cormier, I don’t think many fans would argue against running that one back.

Fans will be able to watch the press conference live on the UFC’s YouTube channel.

UFC: Munhoz vs Edgar not a Robbery

UFC 251: How Masvidal can beat Usman