For what seems like forever now, Antoine Griezmann has been linked with a big money summer move to Barcelona and now it seems as though an announcement on the Frenchman’s future is imminent thanks to a now deleted video clip tweeted by Spanish radio show “El Partidazo”.

The clip appears to be from a much longer video of Griezmann in his home and it looks as though it might be his way of announcing whether or not he is leaving Atletico Madrid to join Barcelona.

In the clip, Antoine Griezmann says “You’re fed up with all the talk — am I going, am I staying, how much they will pay me, how much they won’t pay me. But the truth is what I am going to say now…” 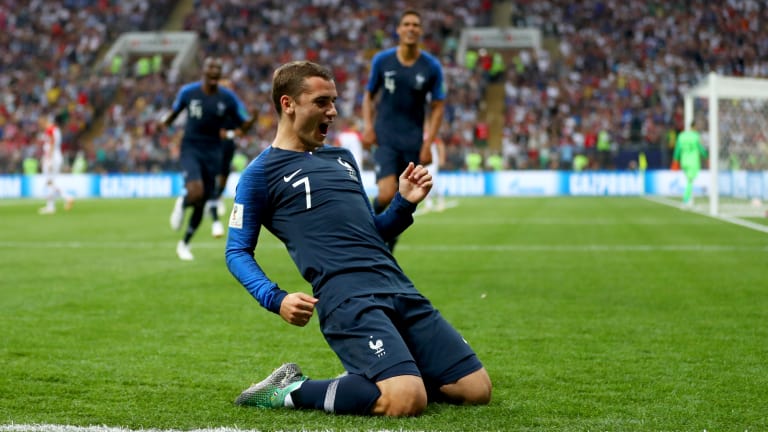 Griezmann had previously promised that his future would be sorted out prior to the start of the World Cup but with the tournament underway today, that seems unlikely. However, there are just two days left to go until France’s opening game against Australia on Saturday and, if this video is any indication, Griezmann’s mind is already made up and the decision may well be announced in the coming days.

At a press conference on Tuesday, Griezmann told the media that his decision had in fact been made but he was not yet ready to go public with it and, according to Spanish newspaper MARCA, two versions of the announcement video have been filmed.

Earlier on in the week, Atletico announced a deal in principle to sign AS Monaco star Thomas Lemar, an international colleague of Griezmann, for around €60 million which can either been seen as an effort to persuade their top-scorer to stay or as a replacement.

Either way, it seems as though an announcement from Griezmann is imminent and it is certainly one that the football world will be watching.