World Cup Countdown Day 9: Lazy Fan Sports look back at France’s infamous win at the 1998 World Cup against Brazil. The French won the game 3-0 to lift the trophy on home soil in a long anticipated wait.

The 1998 World Cup final went down as one of the greatest days in French history as they won their first World Cup over a Brazil side containing legends such as Rivaldo, Cafu, Roberto Carlos and a (famously unwell) Ronaldo. The French team had their own players of similar stature too with the likes of Marcel Desailly, Lilian Thuram and eventual man-of-the-match Zinedine Zidane. 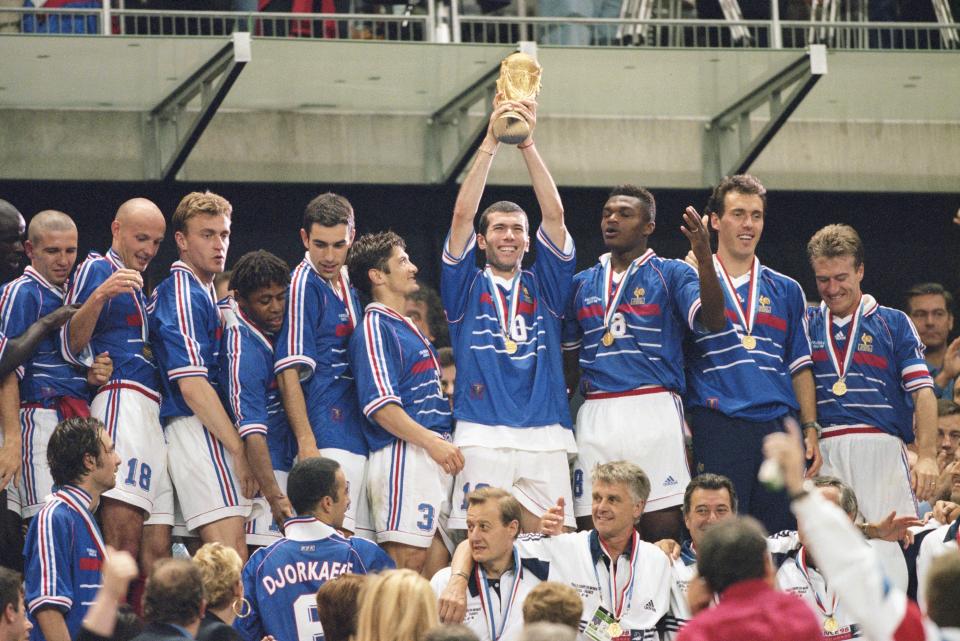 What are your favourite World Cup moments? Tell us in the comments below or let us know on Twitter and Instagram!