After 10 years in the top-flight Stoke City dropped down to the Championship with very little fight. After a very poor summer transfer window, Stoke failed to get any momentum going in the early knockings of the season. Despite a change of manager survival was beyond them this season.

In what was to be a precursor to an awful season, Stoke had one of the worst transfer windows ever seen by an incumbent team. They offloaded Marko Arnautovic to West Ham for £20m, and then had a fire sale of some of their more experienced campaigners. Marc Walters, Phil Bardsley, Glenn Whelan, Philipp Wollscheid where all shown towards the door. 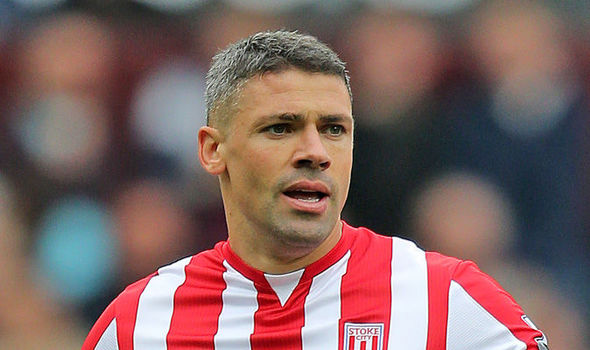 Stoke always seem to start the season badly, and that was again the trend, winning just 1 of their first 6 games. Not to worry the pundits said, this always happens and results will improve. Unfortunately, you can’t keep putting yourself in bad positions and expecting to come back. The run extended to 3 wins in the first 14 games and it was clear something was going horribly wrong.

At least it was clear to everyone outside the club. The board decided Mark Hughes should get another 8 games to turn things around. In like manner, he only managed 7 points in those 8 games and was mercifully put out of his misery on January 6th.

Paul Lambert was brought in to replace him with numerous spells in the Championship under his belt. Was this a warning that the board had given up hope and were already preparing for next season at the lower level. Perhaps. If so it was one of the few things they got right as further wins were scarce.

Going Down With A Whimper

New managers are always thought to get a bump in performance. That was not the case for Paul Lambert. With 2 win and 7 draws he made Stoke City harder to beat but did nothing for their hopes of survival. Wins were what was needed, and wins Stoke didn’t have the goal power to get. Indeed, one of Lambert’s wins was at Swansea on the final day when they were already down.

A dismantling of the squad is inevitable. Shaqiri, Martins-Indi, Butland, Allen and Shawcross will be prized away. Furthermore, the rest of the squad needs strengthening and those that remain need to work a lot harder. A major overhaul of the attacking third is of course needed. I can see Stoke languishing in the Championship for a few years to come if further improvements are not made.