Australian forward Daniel Arzani is officially the youngest player to be heading to the World Cup in Russia. At just 19 years of age, the Melbourne City star is the only player born in 1999 to make his country’s final 23 man squad.

Initially, Poland’s Sebastian Szymanski had been named in their preliminary 35 man squad and is five months younger than Arzani, with the Australian being born in January 1999 and the Pole being born in May 1999. However, Szymanski was cut from the final 23 man squad, confirming Arzani’s place in World Cup history.

The youngster has only made two appearances for Australia, both coming after his call up to the preliminary World Cup squad, with his international debut lasting just six minutes as he came on as a last-minute substitute against the Czech Republic on the 1st of June for Mathew Leckie. His second appearance was again as a substitute but just one minute after coming on in the 73rd minutes, Arzani lashed home a 20 yard strike to score his first international goal for the Socceroos. 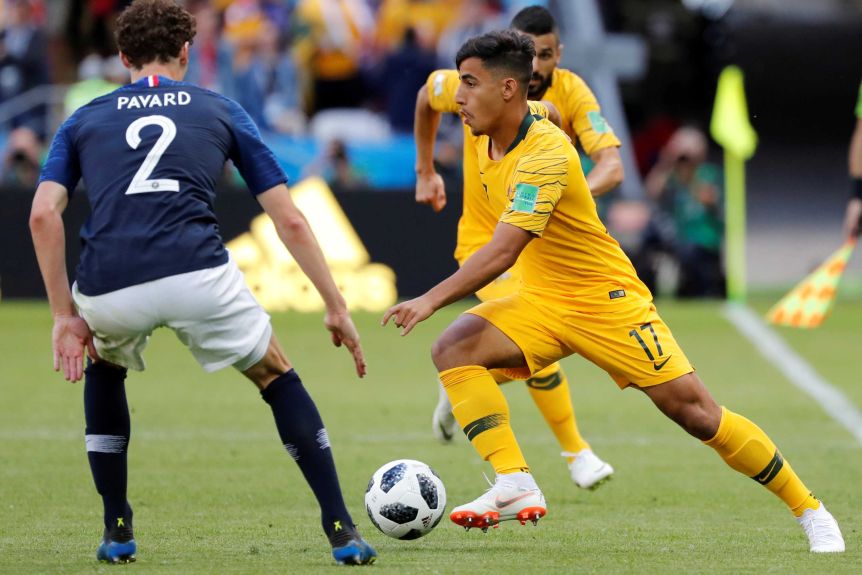 He is just one of seven teenagers at the tournament with the other six being France’s Kylian Mbappe (who is just 15 days older than Arzani), England and Liverpool full-back Trent Alexander-Arnold, Nigerian goalkeeper Francis Uzoho, Gent and Pananma midfielder Jose Luis Rodriguez, Morocco and Real Madrid full-back Achraf Hakimi and AS Eupen and Senegal full-back Molla Wague.

Fellow Group C player Christian Eriksen was the 2010 World Cup’s youngest player, with the Danish creative midfielder a mere 18-years-old at the time and if Arzani can have as good a career as Eriksen has since then that will be incredibly impressive.

He is expected to feature in his countries World Cup out now against France who are one of the favourites for the tournament and testing himself against the European Championship runners up will surely be his greatest test yet in a very young career.