This Sunday the Scotland cricket team would send a message to the ICC by making history.

Scotland have improved massively since the 2015 World Cup, were they only missed out on qualifying when rain stopped their match against West Indies.

Captain Kyle Coetzer says Scotland need to carry on their good form and is confident that this is not a one-off result.

A stand out performance from Scottish batsman MacLeod’s of 140 not out, would lead the home side to 371-5 on the small fast track in Edinburgh. Each man that would join Macleod at the crease would play a key supporting role. England would need to perform one of the largest run chases in ever in an ODI game to win.

County side Derbyshire have announced that Calum MacLeod will join fellow Scotland team-mate Sharif in the side. Sharif who got the final wicket in the game against England my trapping Mark Wood LBW.

England would begin their chase with a fantastic hundred from opener Jonny Bairstow and supporting knock from Jason Roy. England found themselves 220-2 and shortly after 276-7 a classic batting performance from the away side.

Liam Plunkett would fight back for England with an impressive knock but it was not to be. Safyaan Sharif would get the last wicket with just seven balls remaining.

Next up for England a five-match ODI series against Australia, which begins at The Oval on Wednesday. 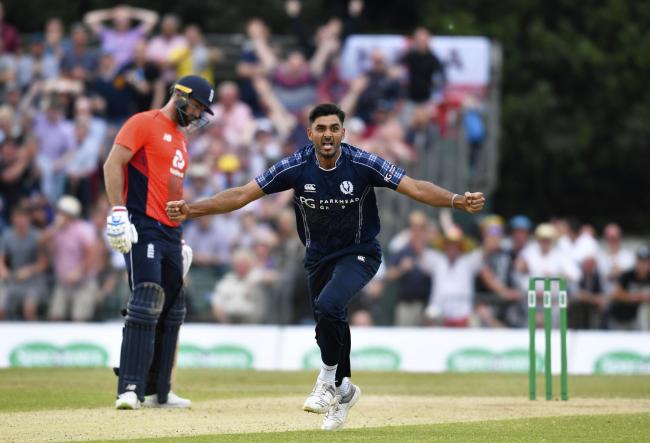 What they say about Scotland’s win

Morgan, England skipper said “We will make mistakes. Today we made mistakes and hopefully we can learn from them.

Man of the match MacLeod said “When we get the opportunities over the next few years to perform against the top-ranked teams, it’s vital that we come with the energy and the passion and the drive that we had on Sunday.