The interest stands alongside another long-held fascination that Betis have with another Manchester United starlet.

Betis now need to add another keeper to the ranks after the departure of Dani Gimenez to Deportivo La Coruna recently.

Currently, the Spanish outfit employs Antonio Adan, 31, as their number 1 goalkeeper. However, according to Squawka, Adan was ranked as the worst player for Real Betis in 17 of his 30 appearances last season.

Manchester United’s Joel Pereira has been a constant figure on the Old Trafford bench as he struggles for first-team opportunities next to the phenomenally talented David De Gea and the best backup in football, Sergio Romero.

Betis had originally wanted to purchase the Portuguese youngster but they were unable to agree to a deal due to the admiration the goalkeeper has earned from Jose Mourinho.

Joel Pereira off to Real Betis

It’s a tough situation for Joel Pereira who needs regular playing opportunities but they’re proving to be a rare thing at Manchester United thanks to David De Gea. It’s likely we’ll see Joel Pereira’s loan moves becoming more of a trend in the coming years until Sergio Romero eventually departs for pastures new.

Back in March, Joel Perriera had the following to say to the Manchester United official website:

“I’m very happy. As the number three, I have two top goalkeepers in front of me, and they help me a lot too. 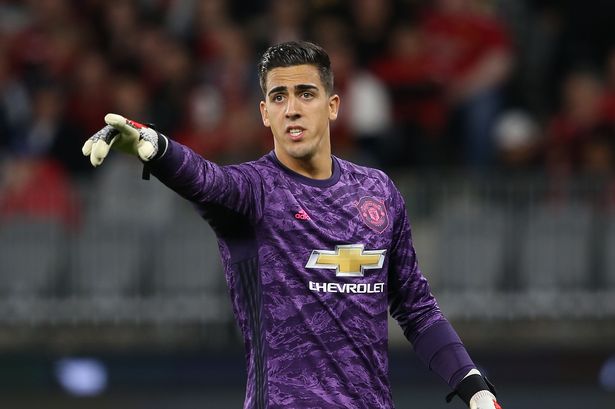 “They have lots of experience and they can help me with that. Obviously, I have a manager who has helped me so much and has always been by my side. I’m learning a lot so I am happy where I am.

“Obviously it’s very nice to hear good stuff coming from the manager. Now is my time to show people that he’s right about me and everything he says is actually the truth.

“I’m just learning and getting some experience. We’ll see what happens next.”

A determined youngster with a huge future ahead of him, but will that future be at Manchester United or continued loans like those to Real Betis?