A dominant Colombia knocked Poland out of the World Cup in Kazan. Group H remains wide open with 3 teams still able to go through to the knockout stages. Colombia are now on 3 points, while both Senegal and Japan sit on 4 points.

The game started very evenly with Poland having the better play early on in the game. Colombia grew into the game and slowly started to control the play. As Colombia came into the game, Poland started to look disjointed, misplacing many easy passes. Colombia took the lead late into the half with a cross into the box which Yerry Mina got onto the end of. There was nothing Wojciech Szczęsny could do and Poland found themselves down 1-0 at the half.

Poland needed to start the second half well, which they did. However, the Poles still found themselves struggling to break down a strong Colombian defence. Poland was caught on the break with Falcao being played through and taking his chance, slotting the ball past Szczęsny. This made it seem impossible for Poland to get back into the game.

Michał Pazdan looked a shadow of his Euro 2016 self as he was defensively complacent for the both the second and third goals. Colombia capped off the goal scoring with a phenomenal pass from James Rodriguez which found Juan Cuadrado who made it 3-0. This capped off a dominant performance from the South American side. Lewandowski failed to live up to expectation in the tournament as Poland fizzled out before they even got going.

There were many contenders in the Colombian national team for man of the match. One of the players who truly made a difference was midfielder James Rodriguez. Rodriguez worked tirelessly in order to ensure Colombia came out on top. Although he did not score, Rodriguez looked more like the one who announced himself on the world stage in 2014. If he performs like he did against Poland, Colombia have the potential to do very well at the tournament. 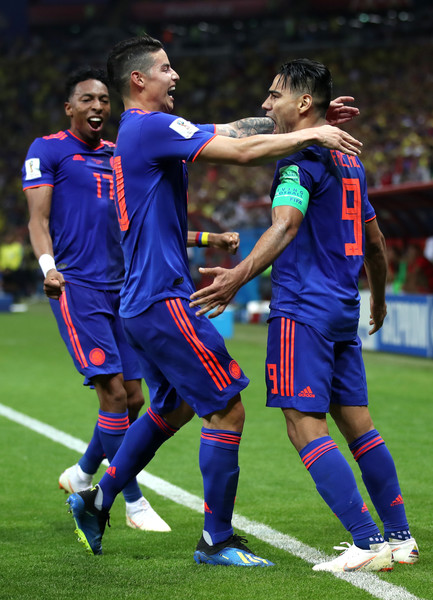