Peru’s hopes of qualifying from their World Cup group have been handed a huge boost with news that their captain Paolo Guerrero will be allowed to play in the tournament.

Back in October, Guerrero tested positive for the cocaine metabolite benzoylecgonine after his countries World Cup qualifier against Argentina.

FIFA initially banned the striker for 12 months but Guerrero appealed the ban, stating that the test was a result of contaminated tea and had the suspension halved by FIFA’s appeal committee.

However, the World Anti-Doping Agency appealed to Cas and Guerrero’s suspension was extended to 14 months, meaning he would miss the World Cup.

This is Peru’s first World Cup since 1982 and, as their all-time leading goalscorer and captain, Guerrero would undoubtedly have been a big loss. 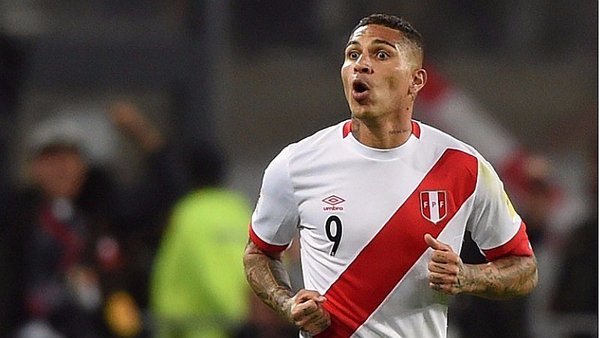 Street protests across the country and a letter to FIFA signed by all three captains of the other countries in Peru’s group (France, Australia and Denmark) were a part of the attempts to get Guerrero’s suspension lifted in time for the tournament.

Now, a Swiss tribunal has ruled that the extension of his suspension to 14 months was “unjustified” and “provisionally deprived of effect”, meaning that Peru will in fact have their captain free to play at the World Cup.

This news will come as a massive lift to Peru and now just days away from their first group game against Denmark, they will be riding a wave of positive momentum which could help them get a positive result in their race to qualify.

However, thoughts must be spared for 22-year-old Granada midfielder Sergio Pena who is the player to have made way for Guerrero in Peru’s final 23-man squad.

Pena said: “This is the most difficult moment of my career.” but clearly having their captain and talisman back is huge for Peru and at 34-years-old Guerrero is unlikely to get another chance on the world’s biggest stage.