It’s absolutely no secret to anybody that Newcastle United owner, Mike Ashley, isn’t exactly the most popular figure on Tyneside. However, the geordie faithful seem to have reached boiling point as a new fan lead movement gathers pace.

The Twitter page @IfRafaGoesWeGo popped up last Thursday. They believe that if Toon boss Rafael Benitez is to leave this season, the fans should follow suit. This comes after what has been yet another Summer of disappointment for the fans as the club refuses to invest.

That’s the all important question. Rafael Benitez was promised every penny the club generates to spend this Summer. Despite the club earning a top half Premier League finish therefore bringing in £125 million, the investment is still tragically minimal.

So far this summer Newcastle have brought in Kenedy on loan, Ki Sung-Yeung on a free and Martin Dubravka for £4million after a successful loan spell last term. They are also close to signing Swiss defender Fabian Schar after activating his £3 million Deportivo release clause.

This is all whilst clubs such as Wolves and Fulham are splashing the cash. Clubs that you would think Newcastle should be comfortably outspending are bringing in players like Jean-Michael Seri. Seri cost Fulham a reported £27million, which is more than Newcastle spent in the entirety of last Summer and January. 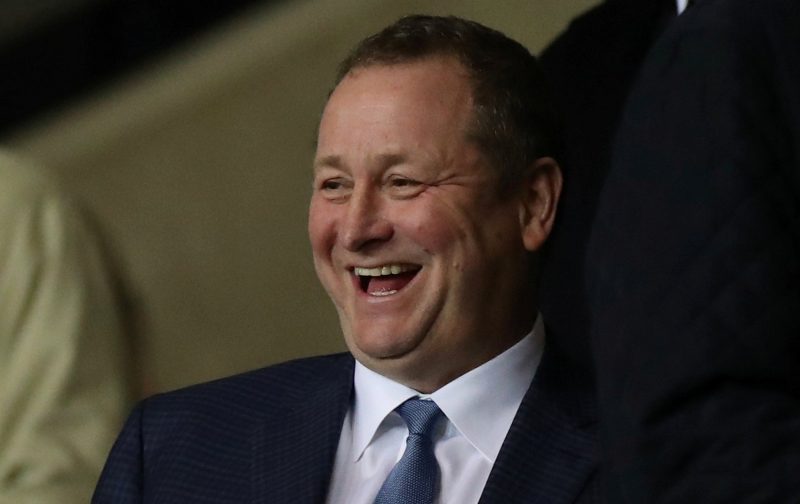 Nobody knows. Whether the club are yet to receive the TV money or Mike Ashley is simply using it to line his own pocket, it isn’t being reinvested. Newcastle are one of just two Premier League clubs not to have broken their transfer record in the last two seasons. The other is Cardiff, who haven’t played a Premier League game for five years.

As previously stated, the club has brought in £125 million in TV money following their performance last season. Plus, there’s and estimated £16million in transfer fees been brought in this Summer. Yet Rafa Benitez has only been able to spend £4 million of it so far. Hence why the fans are so angry.

This movement is less than a week old, but it has already gathered a lot of pace. The campaign has been boosted by endorsements from the likes of Ant and Dec. It has also prompted action from Newcastle Central MP, Chi Onwurah who yesterday presented a petition in parliament to stop owners from taking advantage of football clubs.

Rafael Benitez’s future has been called into question on multiple occasions as the club continually lets him down. His current contract only lasts until the end of this coming season and he will refuse any new contract offers unless he is given assurances over investment.

The fans of the club love their manager, and do not want to see him leave. They say that if he was to leave, it would be the last straw. Therefore, the time for action is now.