Wow, what a topsy turvy week it was in the NBA. We now have a LA-Bron media monster. Balance of power in the East has officially been shifted, with the Celtics, Raptors and 76ers now fighting for the top spot. The West has become an arms race. Teams are grabbing any valuable talent and shoving them on their roster, regardless of fit.

And of course Steve Kerr and The Warriors continue to collect stars like Thanos collects Infinity Stones. Let’s break down the major and minor moves that have occurred and we will predict some moves that should be coming.

Well, it was the news heard round the world, Lebron joins Lakers on 4 year, $153 million dollar deal. In what could be a surprise for some, was already a reality for others. Many pundits and experts predicted this move, even Lavar Ball himself. The real question now is, who is gonna join him? The Lakers have already started moving the puzzle pieces around, rescinding the rights for Julius Randle, who swapped places with Rajon Rondo in New Orleans.

But, they will need to either ship out some of it’s young talent, or find anyway to get Loul Deng’s contract off the books, if they want to add another star piece. Sitting tight til next year might be the smart move, but you never know with Lebron in town.

George kicked off the free-agency frenzy, announcing his plan to stay with the Oklahoma City Thunder at a party thrown by Russell Westbrook. The deal is 4 years and worth $137 million dollars. This move is really a surprise to everyone. People expected him to listen to all pitches before deciding, but he pulled the trigger very early in the process. George shunned the Lakers, but his signing put the Thunder into unfamiliar territory.

Adding Nerlens Noel, Jerami Grant and Raymond Felton put the team at $300 million in salary. Having traded Harden to not pay the luxury tax, the Thunder will have to bite the bullet this year. Cutting or trading Melo will help, but it’s all in this year in OKC.

Kevin Durant signed his two year option, coming short of the $35.65 million max in Year 2. This allowed the Warriors to resign Kevin Looney, and make a big move. Agreeing to a 1-year,  $5.3 million dollar deal. This deal reshapes what was already a dominant team, and turns it into a proverbial All-Star team.

Cousins, coming off a ruptured achilles, will have all regular season to rehab and recover to get back for a playoff run. This deal also sets him up to jump right back into free agency next year, when the market is a bit better. The Warriors will continue to move forward and accrue talent, just hope Kawhi doesn’t take a minimum next year to be in Cali.

After the most successful playoff run in his career, Paul still came up short. Injured for the final games of the Western Conference Finals, Paul had to sit and watch his team come up short. This year he hopes it goes differently as he re-signed a 4-year, $160 million dollar deal with Houston. They lost Ariza to the Suns, but the Rockets still hope to gain other pieces to bring it closer to the championship they so desperately crave.

Paul will be the lynchpin for other stars. The president of the players union, he has so many ties that he will be the number one recruiter. Just need the cap flexibility of the Rockets to hold up, so they can hope to land these stars.

Speaking of, Kawhi is still on the table for the right price. The Spurs have balked at offers from the Lakers, but the Celtics and 76ers still have intriguing enough piece to maybe pull something off. The question is, do both of them want to risk trading away future assets for a player that could possibly bolt at the end of the season? It could be a high risk/high reward situation, but the smart money is on the Spurs sitting pretty until the Lakers come calling back with some better pieces. 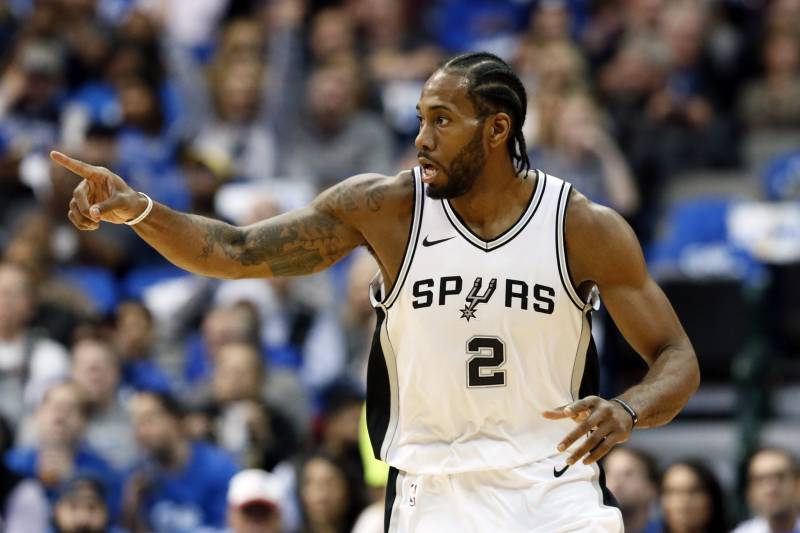 DeAndre is finally a Mav

After going through a wild free agent ride previously (remember the chair blocking the door) the Mavs have finally landed their big man. DeAndre Jordan signed a 1 year, $24.1 million dollar deal. After 3 years of waiting, Dallas has to be happy to finally get the rim protector they so obviously coveted. The deal allows Jordan to come back to free agency next year and see what his fortunes hold.