The season is finally starting to take real shape. The contenders are pulling away while the pretenders slide back. Stars have really taken over this month. Mike Trout has shown us that he is a baseball god. But don’t forget the older guys who are making impacts on young teams. Let’s look at the past week and see Who’s Hot and Who’s Not. 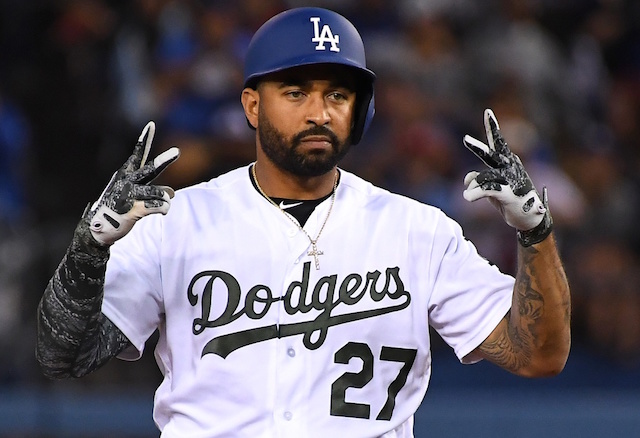 Yes, that Matt Kemp. The one we all wrote off a few years ago. Yeah, he is leading the NL in batting average, and 2nd in the entire MLB. Riding a 6 game hitting streak, in his last 7 games he is batting .476. That’s an outrageous number for someone thats 33 years old and hasn’t has an above .900 OPS season since 2012. Leading the injured Dodgers back into the race, he has racked up 7 HR’s and 30 RBI’s splitting time in the outfield. Even with the low number of home runs, he is still 4th in the NL in slugging (.554) and 6th in OPS (.926) if he keeps this up he might be looking at renewed value this late in his career. Even if the Dodgers fall apart, he could be an interesting trade piece near the deadline. The asking price wouldn’t be too much, but he could add a good bat and veteran leadership to a young contender. Philadelphia, Atlanta, looking at you.

Oh man, who is happier than this guy. Getting out of Miami and coming to a Brewers team that needed consistency, he has shined up in the beer brewing capital of America. Batting .307 with 7 HR’s and 26 RBI’s, he has had a consistent season, but his last 7 have been unreal. Hitting .435, with an .733 slugging percentage, he has been carrying this Brewers offense. Not only with his bat, but also his legs. Having half of his stolen bases come in the last week, he is on a roll offensively. It doesn’t matter what it is, he is doing it. 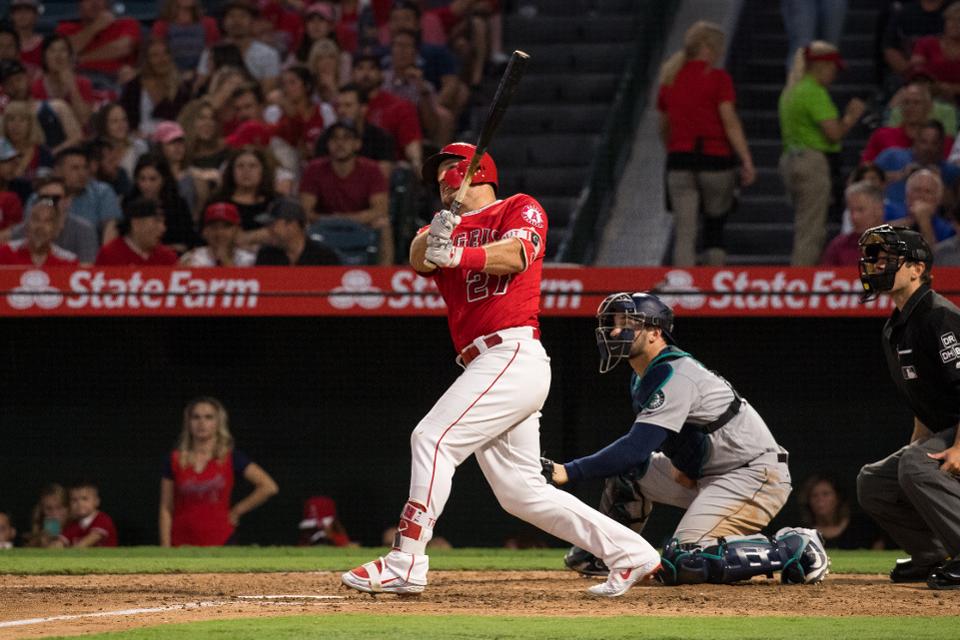 Alright, so I said I would try to keep the big names out of these lists, but what Mike Trout is doing needs to be talked about. Leading the league with a 5.0 WAR and tied for the MLB lead with 18 HR’s he is literally playing out of this world.  Here is is a rundown over everything he is top 3 in the AL, HR’s (1st), Runs (2nd), Walks (1st), Stolen Bases (3rd), Slugging (2nd), OPS (2nd). These are create-a-player numbers. In his last 7 games he is hitting .370 with 4 HR’s and 7 RBI’s. The Angels are still spinning their wheels, but you can’t blame Mike Trout.

While Trout is killing it, Calhoun has really been anemic at the plate. Hitting .105 in his last 7, taking back to 15, .103, take it back the 30, .111. During that stretch he has a whole 2 RBI’s, with 21 strikeouts. A career .254 hitter, he has never been one be an offensive weapon, but this is especially terrible. I would like to say more, but I don’t to beat a dead horse. The Angels know it, he knows it, even you and I know it. Now it’s just about fixing it.

Okay, so I may be bias as Reds fan, but damn has he not lived up to the hype he carried in the minors. Being drafted back in 04 as the 7th pick, Bailey was supposed to be the ace in the Reds staff, but he never reached that level.  Being surpassed multiple times in the rotation, only the Reds own incompetence of management has made him a starting option again. Going 1-7 with an ERA of 6.68, Bailey has just completely fallen off a cliff. Never finding a way to pitch in hitter friendly Great American Ballpark, he has only ever had a 3 year stretch of a sub 4 ERA. Sitting lifetime at 4.54, he is on pace to have his worst year since his 2nd year in the bigs where he went 0-6 with a 7.93 ERA. WIth his ERA reaching 9.37 over the last 7 games, it’s time to cut the cord on him and let someone else try to start. 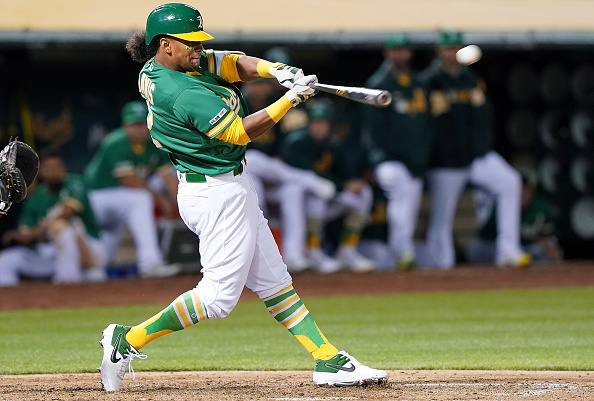 Outside of Davis, who is having a good power season, the Athletic outfielders have fallen off a cliff at the plate. Mark Canha, Matt Joyce, and Dustin Fowler have combined to hit 2 HR’s and 4 RBI’s over the last 7 games. While those would be great numbers for a single player, but 3? That’s pretty bad. Canha leads the 3 with a average of .229 on the season, but he has hit .050 in the last 7. Joyce is hitting .130 during the stretch while Fowler is hitting .118. The outfield is seriously lacking in capable players after moving Chad Pinder to shortstop. They will need help if they want to compete in the tough AL West.