For the second time in a week, James Paxton flirted with history. After striking out 16 batters in his last start, this time Paxton threw a no-hitter.

The Canada native returned to face the team who originally drafted him on Tuesday night in Toronto. He became only the 2nd Canadian pitcher to throw a no-no, and the first for over 70 years. He is the 5th Seattle Mariner to do so, and completed the game in just 99 pitches. Long touted as the next truly great pitcher, James Paxton has struggled at times this season with his control. But it his last two starts Paxton has pulled everything together and looks set to become a truly dominant pitcher.

“To have it happen in Canada. What are the odds? It’s pretty amazing. Just very special. And against the Blue Jays? You couldn’t write this stuff.”

Originally drafted by the Blue Jays in 2009, Paxton opted to return to the University of Kentucky for his senior season. However, he was ruled ineligible to having signed on with super-agent Scott Boras. He signed with minor league Grand Prairie AirHogs where he struck out 18 batters in 17 2/3 innings. Re-entering the draft again in 2010 where he was selected by the Seattle Mariners.

He began the 2011 in class A, but was called up to AA before the end of the season, posting a combined 2.37 ERA and a 6-3 record. Making the move to AAA in the 2013 season he worked with coaches to make his pitching style more like Clayton Kershaw. It wasn’t until 2016 that Paxton became a regular on the big league roster after suffering injuries. 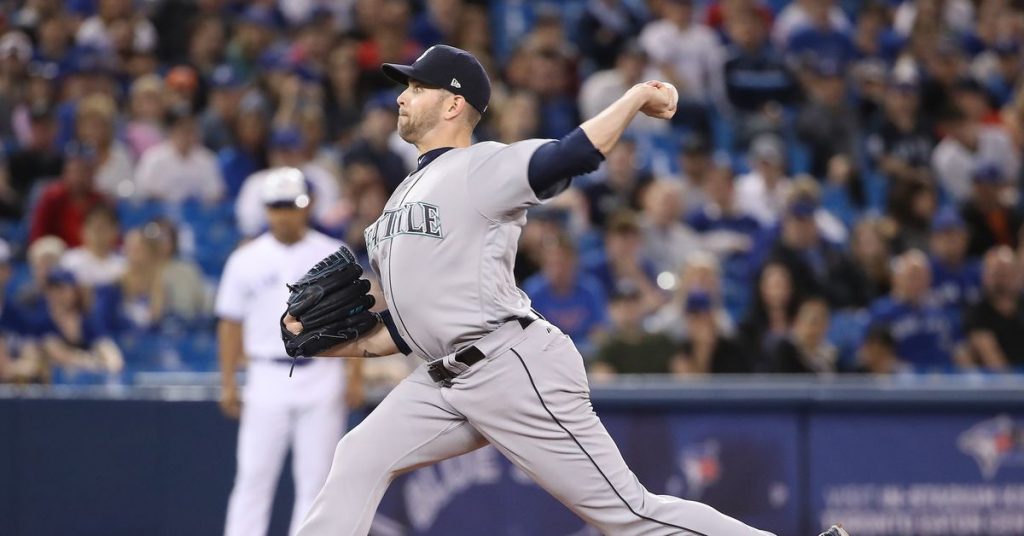 Starting the 2017 season in the majors, he posted a 0.00 ERA through his first 3 starts, earning him player of the week honours further highlighting his potential. His season featured multiple trips to the DL but he still won player of the month in July, going 6-0.

Hailed as the most likely breakout pitcher of 2018, he got off to a rocky start giving up 6 runs in 4.2 innings in his first start. He has improved game on game though, culminating in two of the most dominant performances of the season. With 16 strike-outs in his previous start, he threatened the all-time MLB record of 20 in a single game. He left the game with a 2-0 lead however on that night, the bullpen gave up the lead and cost him the win.

In his eighth start of the 2018 season Paxton made his mark on history.  Throwing just 99 pitches, while striking out 7 and walking 3, Paxton’s no hitter also owed a lot to some stellar defense on the night. He got stronger as the night went on, throwing his 2 fastest pitches of the season in the bottom of the ninth. Topping out at 100mph, Paxton secured his final out with Josh Donaldson grounding out to Kyle Seager.