League leaders Manchester City have finally celebrated their incredible premier league title victory when they lifted the trophy on Sunday after an uncharacteristic 0-0 with Huddersfield Town.

This was only the 2nd time this season that Pep Guardiola has failed to inspire his side to score and for the first time they failed to put the ball in the net at the Etihad Stadium.

for Huddersfield, this result means that they’re another point closer to surviving in the Premier League for another year. David Wagner, a premier league neutrals favourite isn’t out of the woods yet but a result against the Premier League’s best ever side is certainly an achievement of sorts.

In another uncharacteristic move in Manchester, the sun was in full beam as Peps side walked out into a classy guard of honour from Hud Hud and Joe Mercer & Malcolm Allison.

After the 90 minutes were up Manchester City’s superstars all emerged with family, friends and children alike to celebrate. Kevin De Bryne, Kyle Walker, Raheem Sterling and Ederson to name but a few were hand in hand with their young children.

It’s a contrasting game with City’s season over & Huddersfield’s yet to be we saw a very evenly contested first half performance. Huddersfield showed up what happens when you refuse to roll over to this all dominant City side. 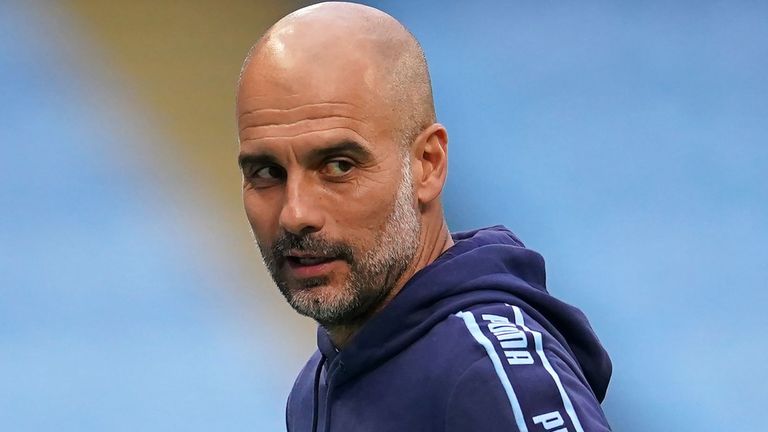 The visitors could have taken an early lead when Aaron Mooy played a beautiful dead ball through to tongue-twisting extraordinaire Florent Hadergjonaj where the full-back produced a weak effort. the benefit of the doubt has to be given to Florent however as he’s a  fullback playing in an unfamiliar central midfield role.

A few moments later De Bruyne fired an attempt just wide and City’s dominance never really found consistency. Wagner’s side continued to ask questions of the City defence with Alex Pritchard coming closest for either side in the first half. The Tottenham Hotspur youth product forced Ederson to tip a hissing shot around the post.
Huddersfield knocking continued throughout and another chance presented itself with Mooy dragged his effort high, wide and not at all handsome.
As the game wore on City looked drained and confused. as if Huddersfield had failed to read the script. A fire alarm going off made matters worse in the Colin Bell stand which left to safety messages being displayed left, right and centre as the Etihad officials tried to figure out what was happening.

Once normality resumed City did look at their best providing long spells which pinned Hud Hud back in typical City fashion, however they failed to create let alone convert any real clear-cut chances before the half-time whistle.

Leroy Sane produced a corner at the beginning of the 2nd half which could have provided cause for optimism if it wasn’t bundled away by Joas Lossl before Christopher Schindler cannoned it clear.
As the game wore on it became clear that Huddersfield was happy to take a point with their shift of attention towards solely defensive duties. Yet City still failed to break them down in anyway shape or form.
John Stones had an effort blocked.
Gabriel Jesus took a free header over the bar.
Bernardo Silva dragged his efforts wide.
Manchester City never looked like scoring.

Huddersfield manned a late charge hoping to give City a taste of their own medicine. Bernardo Silva, who had a poor game, slipped and allowed Scott Malone to dart through on goal where he fired his shot straight at Ederson.

In the end, we saw no winners on the field but two incredibly delighted teams off of it.

Are Manchester City Back?

The NFL Divisional Round gets underway tomorrow evening. Four of the eight teams left will...
Football

Danny Ings has scored 7 goals in the Premier League this season. He was...
NFL

Super Wildcard Weekend is over. After six games across the past two days, we...
Arsenal

Following rumours that a new contract for Rob Holding was imminent, The Athletic have...
Football

Are Manchester City Back?

The NFL playoffs are here. Just fourteen teams remain. For the first time in NFL...