Has ODI cricket become too favourable to batsmen at the detriment of bowlers? 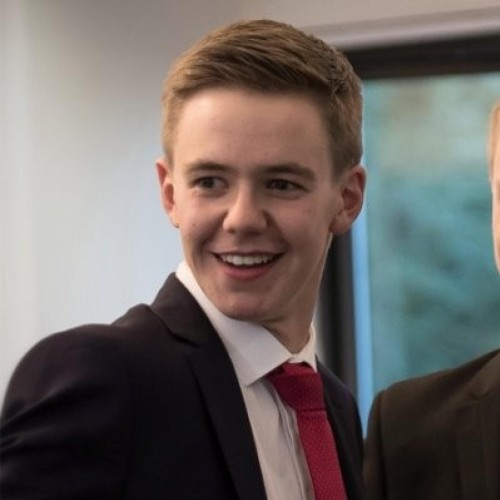 Has ODI cricket become too favourable to batsmen at the detriment of bowlers?

9 March 2015. Adelaide. England cricket is in dire straits. Humiliated after failing to chase down Bangladesh’s first innings effort of 275-5. Knocked out of the World Cup and completely outplayed. Yet worst of all, the team were playing cricket from a previous era, a style of play suited to the days of Boycott and Gatting, rather than the time of Buttler and Bairstow.

The inquest, which lasted several months, overwhelmingly concluded that the team needed a new direction, a new approach, a new mentality. Eoin Morgan remained as captain, but coach Peter Moores was shown the exit door. England were to embark on a new era, one of dynamism, flair and most importantly, power-hitting.

Fast forward to 2018, the debate has changed significantly. As England bulldozed their way to a world-record 481-6 at Trent Bridge. For more on the game check out this fantastic article by resident writer Matt Cooper https://lazyfansports.com/england-v-australia-one-day-international-record-breaking-england-complete-series-win. This was arguably the culmination of the Morgan white-ball cricket revolution.

A masterclass in stroke-making and the positivity which defines the new England side. Yet this first innings total, for all its razzmatazz and entertainment, raises an important question. Have ODI become too favourable to batsmen at the detriment of bowlers?

In this long piece, Daniel Trigg and James Pearn will examine the arguments for and against this proposition, calling for a longer-term view of the question, not simply an instantaneous reaction to England’s monumental total. However, while the ICC and ECB are content with marketing huge scores, to ensure the long-term future of the game, cricket needs to focus on the crux of its appeal:

A fair battle between the bat and the ball?

Batsmen are considered to have benefitted exponentially in recent years from innovations and advancements in the game of cricket. There have been nine scores of 400+ since the end of 2011. ODI’s have been transformed into an extended version of T20. Gone are the days of the tedious middle-over period. Instead, batsmen are physically fitter, more powerful and able to clear the ropes with ease.

Shorter boundaries, larger bats, flat pitches, a white ball which does not swing and fielding restrictions which encourage range-hitting. All these factors favour the batsman seeking to dispatch the bowler over the rope. Yet is the debate truly as one-sided as certain commentators make out?

An incredibly persuasive argument in defence of batsmen is the novel mindset in the modern-age. Rather than commencing an innings with a cautious approach, batsmen are now set on scoring boundaries from the moment they step to the crease. Such a method requires incredible mental strength and self-confidence. With players prepared to give up their wicket in pursuit of maximising run-scoring opportunities.

Cricketers are far fitter than in previous decades. Even Pakistan, notoriously underperformers in the field and with fitness, have seen under the leadership of Micky Arthur the introduction of fitness testing. Batsmen, who are capable of striking the ball further, have benefitted from the increased fitness levels at international level. This is not however, simply limited to one facet of the game. With improved fitness comes superior fielding and catching. Consider AB De Villiers’ catch during the IPL. https://www.youtube.com/watch?v=ZZuJKd-wWFM Fielding has been revolutionized in the era of T20, leading to batsmen needing to find more innovative methods to reach the rope. This has transitioned into the art of 360 hitting.

It is now imperative for batsman to be able to hit 360. This means they are able to score in every area of the pitch. The perfect example of this is South African batsman AB De Villiers. 360 batting poses a question to both captain and bowler. Covering the field while staying in the power play guidelines can be a tough ask. Bowling to your field has never been so important.

Graeme Swann, England’s greatest spin-bowler in the twenty-first century, argued that only T20 and Test matches had a future in the game of cricket. “For me it’s not as enjoyable to play in. I think Test cricket and Twenty20 are the way forward for cricket.” Swann’s comments after the 2011 World Cup, at least from a batsman’s perspective, have largely been ridiculed after England’s revival under Captain Morgan. England’s new approach has brought a renewed dynamism to the One-Day game, with the youth captivated by the eccentricity of the England squad.

With ODI’s in England sold out consistently, the renewed focus on positive cricket has undoubtedly aided attendances. The opening partnership of Roy and Bairstow captures the heart of the public. Considerably more effectively than that of Cook and Bell. Morgan’s white ball renewal is symptomatic of the wider T20 renewal of cricket. Rather than focus on traditional audiences, the sport has witnessed a growth in attendances from a more diverse range of fans. Batsmen, rather than the deterrent to this positive change, are the epitome of cricket in the twenty-first century. A generation of hitters who attract new fans, expanding the game to everyone.

In the short form of the game bowling is a very different art. bowling good lines and good length is a thing of the past. Bowlers must be prepared to change up their pace and length to counteract the aggressive batting style of one day cricket.

Modern technology is aimed at the batsman so for a groundsman to give something back to the Bowlers.

I ask myself, as a youngster about to embark on my cricketing journey, would I really want to become a bowler. Growing up watching some of the best bowlers to ever play the game all I wanted to do wanted to is bowl. I cannot see this being the case going forward

For ODI’s to continue to provide first-class entertainment to spectators around the globe, the fundamentals of cricket need to be protected. While scores of 400 plus may entice curiosity among fans, one-sided contests on flat pitches will fail in their attempt to grow the game on a long-term basis. The ICC, along with national cricket boards around the globe, need to maintain a single principle: the best marketing will be the best cricket. To place PR before sport will only lead to short-term greed. Cricket, the beacon of summertime sport, needs to renew the balance bowler and batsman, between bat and ball.

Have your say in the comments section.

Article written by both James Pearn and Daniel Trigg.