“Derby County Football Club can confirm that Gary Rowett has asked for permission to speak with Stoke City regarding the vacant manager’s position at the bet365 stadium. The club is now in discussion with Stoke regarding the matter and we will update our supporters in due course.”

Stoke sacked manager Paul Lambert on Friday after he failed to save the club from relegation to the Championship. He managed just two wins in 15 games in charge and ultimately paid the price.

Until yesterday, the red hot favourite for the job was another recently fired manager in David Moyes, who left his post at West Ham last week. The club said they are going to take their time in appointing a successor to Lambert, but they’ve been very swift with this move for Rowett. 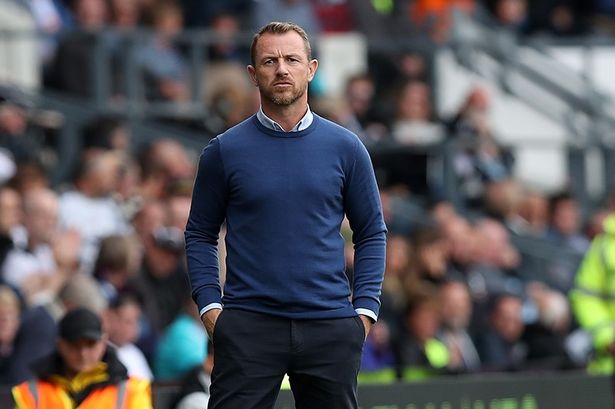 As can be expected, Derby fans are not too pleased with this latest saga. Here’s a selection of tweets from the Rams fans after they heard the news:

If he wants to go then let him go, the club will go on regardless.

Sack the snake instead

Not all the Stoke fans are too happy either as there seems to be a lot of mixed feelings about their potential new boss:

🙄 absolutely no ambition at all. We can do so much better. Time to get rid of this entire hierarchy. They’re running this club into the abyss.

He could be our Dyche. He's young and driven, knows this league and has done pretty well in it. If Moyes is not keen, he seems a decent alternative. Good to see swift action too, as there is much work to be done by the first week of August. #scfc

Clubs got no ambition id rather them appoint Harry Redknapp

The clubs will enter discussions over the matter, Stoke will likely have to pay some form of compensation and then it’s down to Rowett to get the deal done.

One thing is for certain, Rowett does know the Championship better than most having spent a few seasons in it. He had Birmingham in a very strong position until they bizarrely decided to sack him.

It will be interesting to see what happens from this point and how the Derby fans will react should it all fall through. Time will tell…