After weeks of speculation, it was finally officially announced today that Marco Silva would be taking over from Sam Allardyce as the new manager of Everton.

Allardyce was the man Everton brought in after their first attempt to sign Marco Silva failed, while he was still manager of Watford. The Englishman steered the Merseyside club away from the relegation to a comfortable eighth placed finish by the end of the season. While it was not quite what the club was expecting at the start of the year, it was still an impressive job nonetheless.

No-one was surprised when, at the end of the season, Everton parted ways with the former England manager. Fans had readily voiced their displeasure with his playing style, and the man they had wanted to replace Koeman in the first place was now looking for a job

Marco Silva comes into the club looking to build upon their eighth placed finish this season, but more importantly to bring a more exciting playing style to Everton. While their rivals, Liverpool, continue to snatch headlines as one of the most exciting teams to watch in football, Everton are often the forgotten club.

Silva is certainly an exciting young manager. He comes to Everton following spells at Olympicaos, Hull City and Watford, with varying degrees of success. His time in Greece was a success as he racked up just shy of an 80% win rate, as well as winning the league title in his final season in charge. Taking control of struggling Hull City in January 2017, Silva turned the Tigers fortunes around mounting a serious push to retain their place in the Premier League. Unfortunately the damage was already done by the time he took over, and he left Hull following their relegation to the Championship. 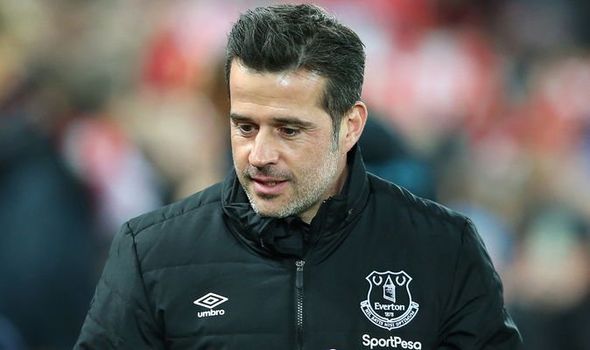 Finally his last job was at Watford, where he was doing a stellar job before the approach from Everton in November. After this approach results took a nosedive only collecting five points from a possible 30, leading to Silva being let go in January with the club citing the “unwarranted approach by a Premier League rival” which caused “significant deterioration in both focus and results to the point where the long-term future of Watford FC has been jeopardised” as their reason.

It will be interesting to see how Everton perform under Silva, this could be a make or break job for his relatively young career. Success in Merseyside could propel him into the discussion for some of the top jobs in the world, failure could mean Everton is as high as he may ever go.

Statement from the new manager

“I’m really proud to be the new Everton manager,” Silva told the club’s official website. “I’m excited and I’m really happy to take this big challenge for us as a club and for me as a manager.

“I want to express my thanks to Farhad, to the Chairman, to the Board of Directors and to Marcel as well for the confidence in my work.

“I know the huge history of Everton as a club and what the fans expect. I’m sure with everybody working together I will be ready for this challenge.”

Everton will be happy to have finally gotten their man and he seems happy to be there, however the move seems to have been received with some skepticism by supporters on Twitter:

Right, let’s get behind Silva and Brands and try desperately hard not to whinge about any players they might want to bring in. Let’s see if we can avoid negativity until 2019! #COYB

Im happy with that. #COYB pic.twitter.com/xSoQd2ZMyU