Croatia have only ever managed a third-place finish at a World Cup. Despite this, the level of talent in their squad should not be understated. The side remain technically sound in many areas, including an impressive number of creative midfielders. Croatia secured entry to the World Cup by defeating Greece in a qualification play-off. 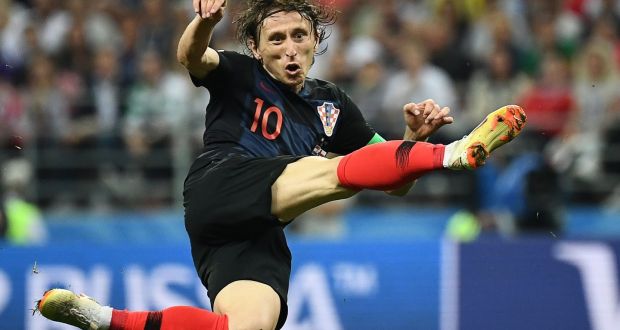 The strength of Croatia lies largely in the midfield. Captain Luka Modrić has consistently held a position in a star-studded Real Madrid squad, known for his passing skill. Modrić was named in the UEFA Team of the Year in 2017. He is joined in the squad by Barcelona rival Ivan Rakitić, another player receiving considerable praise, and also by Madrid team-mate Mateo Kovačić. Kovačić in particular has been touted for success since joining Madrid in 2015. His skill in commanding the midfield has earned him the nickname ‘Il Professore’- The Professor.

On this basis, they clearly fare well in the middle of the pitch. In their strike-force and defense, however, they enjoy less success. The name Dejan Lovren no doubt keeps Liverpool fans awake to this day. His constant mishaps earned him liability status at the Merseyside club, and worryingly, he seems to be Croatia’s best option at the position. The side also falls victim to an ageing choice of strikers. Mario Mandžukić now falls on the wrong side of thirty, and as Croatia’s primary attacking option, this may emerge as a problem. Mandžukić performed well in qualifying; however he may find his lack of pace to be a problem.

When looking at the history of Croatian football, Davor Šuker will always stand out. Šuker enjoyed large scale success at the 1998 World Cup, where he scored six goals to win the Golden Boot. He also narrowly missed out on being named best overall player, coming second only to Ronaldo. Domestically he enjoyed a three year spell at Real Madrid, winning both La Liga and the Champions League.

Zlatko Dalić takes control of the Croatian side this summer. The former defensive midfielder was appointed to Croatia with one game remaining in qualifying. Dalić won this game, allowing them to enter into a playoff series against Greece. The Croatian, who had managed in the UAE and Saudi Arabia since 2010, successfully defeated Greece 4-1 on aggregate, sending Croatia to Russia.

Likely finish in the group: This side would be incredibly lucky to beat out Argentina to top the group. I personally do not see this happening. They will advance out of the group stage, however in 2nd place of Group D.

Likely overall finish if out of the group: Croatia’s progress outside of the group stages will not be spectacular. I expect a swift exit in the Round of 16.