Liverpool defender Connor Randall has been told he will not feature in first-teams team plans at Anfield this season. After long discussions with Jurgen Klopp, Alex Inglethorpe and Phil Roscoe it was agreed that it would be in the best interest of everyone involved if Randall were to leave this summer.

Liverpool: Under the Microscope

Ever since Connor Randall went on loan to Hearts in July 2017 the Liverpool hierarchy have done a fantastic job of reinforcing a somewhat lacklustre defence.

The likes of £75 Million man Virgil Van Dijk arriving in January and the emergence of Trent Alexander-Arnold, as well as the new summer defensive acquisitions; Allison, Fabinho and Keita have allowed Liverpool to take their hands away from the panic button.

Unfortunately, this activity means that Connor Randall will not be offered first-team regular football over players with a higher ceiling (Conor Masterson comes to mind) and thus seeking pastures new would be in his best interests.

Leaving Tynecastle after a season-long loan will be more difficult than perhaps the player expected. Hearts have given him regular first-team football, a platform to showcase his talents and invaluable experience for a 22-year-old.

It’s unlikely Randall will return to Hearts having been told towards the end of the season that his services will not be required next year.

The decision does not reflect his form at right-back, where he has been assured and dependable for most of the season. It is simply a case of Hearts being overcrowded in that position. Michael Smith, Jamie Brandon and Marcus Godinho are all right-sided full-backs, plus Liam Smith has recently returned from a loan spell at St. Mirren. 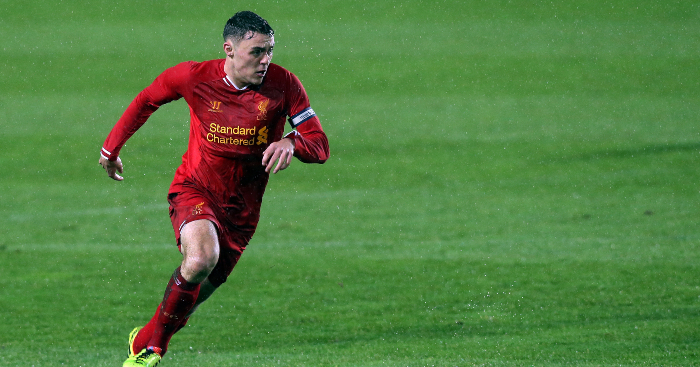 That creates the rather peculiar situation of a contracted Liverpool player being surplus to requirements at Hearts.

“I could see it coming, to be fair. I know there are other positions Hearts are looking to strengthen and I know there are some good right-backs here already. It wasn’t a massive surprise,” said Randall, talking in April.

“It’s been a great experience and I’ve fully enjoyed being at Hearts. I’ve enjoyed playing for this club and I’m leaving with some fond memories. I’m glad I came here.

“I’m sad to go because it’s a great club with a great set of fans and a really good group of lads. Hearts are going in the right direction and I think there are some exciting times ahead for them.

“I think next season could be a good season and I hope it’s a successful one for them. I wish them all the best for the future and I’ll definitely be sad when I’m leaving.

“We had our end-of-season reviews the other day and the gaffer told me he was pleased with me. In any other situation, he said he would’ve tried to keep me. He said he needs other players in other positions. There are a lot of right-backs at the club at the moment so it’s just a case of timing. That’s football.”

“It’s been a lot about adapting. When I first came in, there was a lot going on,” recalled Randall. “I was just happy to get a full season of proper football. Your body adapts. I had a few niggling injuries in the first half of the season but that’s just the body getting used to the training and playing each week. I’m feeling stronger for it now.

“It’s been a valuable experience that I wouldn’t have had. Being a young player, you’ve got to get that experience under your belt. People look for players who have played games. It’s important you build your CV, so wherever you go you want to play. I managed to get a decent number of appearances this season, which I’ve been pleased with.