After the Debacle of Kiev, Loris Karius may never really recover as a keeper and almost certainly not as a Liverpool player. But that still may not make him the most notorious goalkeeper in Champions League History.

“And there it is Real Madrid are Champions League holders for a record-breaking third consecutive season. But the bare match facts of a 3–1 win over Liverpool in Kiev barely do the game justice.”

Liverpool had already suffered the devastating blow of losing top scorer Mohamed Salah in the first half — with a shoulder injury sustained in a challenge with Real Madrid captain Sergio Ramos — before Gareth Bale scored one of European football’s greatest ever goals to give Real Madrid a 64th minute 2–1 lead. The Welshman, the subject of endless summer transfer speculation, later consolidated his stellar contribution with a third goal in a man of the match cameo from the bench.

But for Liverpool fans across the globe, the talk is not of Bale or Real’s peerless feat, but of one of the great goalkeeping horror-shows of all time, performed by their own Loris Karius.

History repeats itself the first time as tragedy, the second as farce. 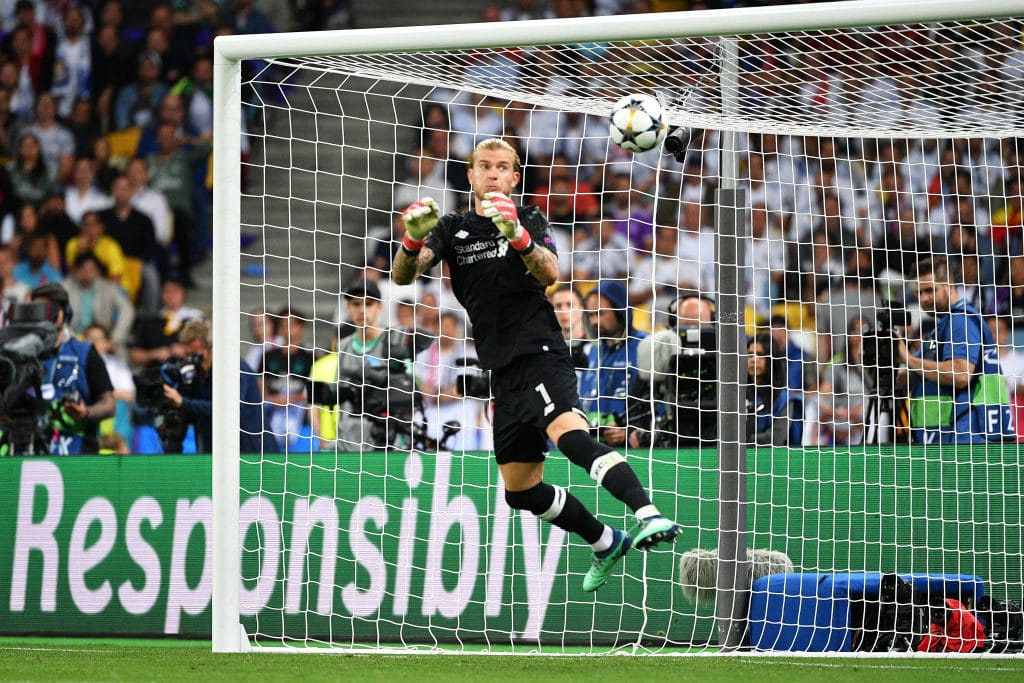 In this case, though Loris Karius appears to have added a wholly different slant, a whole new dimension, to the concept. Forget Historical Materialism, this is a spin on an old idea that is all the big stopper’s own.

Every keeper has ‘tremors’, every keeper makes mistakes. Some make game-changing errors and Loris Karius has certainly not been immune to prior criticism, but this was something altogether different in scale.

With reports revealing today that police had been made aware of social media death threats in the aftermath of the defeat, it is hard to feel anything but sympathy. That it doesn’t happen more often is the only surprise, but it looked to me as though Karius’ head had ‘gone’ in the act of gifting Benzema the opener and both catastrophic howlers were likely linked.

Ironically, since the turn of the year, Karius appeared to have actually found some sort of equilibrium and was enjoying his most settled spell as a Liverpool player. He’d seen off his Belgian rival Simon Mignolet to establish himself as The Reds’ first choice, and the consensus was that the back four and keeper had finally found some much-needed consistency.

Karius was the stand out first choice prematch

At 24 years of age, the ex-Man City and Mainz 05 man is still a young keeper but nobody complained overly-much when Klopp confirmed he was no The Reds’ №1 in February: Jurgen Klopp to make goalkeeper Loris Karius Liverpool No 1.

It speaks volumes as to the shifting sands on which this Beautiful Game is built that no-one was overly talking up the potential of keeper error settling the Champions League Final in their match previews.

Karius has been erratic, yes. But this was unpredictably poor. By any standards. So much so that I doubt he will ever really recover as a keeper and almost certainly not as a Liverpool player.

Amidst the death threats and tears Karius took to twitter to offer Liverpool fans his heartfelt apologies: “Haven’t really slept until now… the scenes are still running through my head again and again… I’m infinitely sorry to my teammates, for you fans, and for all the staff. I know that I messed it up with the two mistakes and let you all down…”

But if there’s any consolation for Loris Karius it probably comes in the realisation that there is at least one keeper likely to be covered in similar glory on an even bigger stage in this summer’s World Cup.