After a difficult season, the Cleveland Cavaliers are heading back to the Eastern Conference finals after a brutal destruction of the Toronto Raptors.

This season has been placed squarely on the shoulders of LeBron James since the Cavaliers tore up their roster on deadline day in January. He rose steadily to the challenge over the remainder of the season and achieved a level of play rarely seen since the days of Michael Jordan. Managing to secure only the number 4 seed, questions were asked if this was the end of an era. But LeBron had other ideas.

Having earned the number one seed, the Raptors looked set to supplant that Cavaliers as the Eastern Conference Champions. At times dominant and sublime, at others workmanlike and gritty, these Raptors seemed to have all the tools. But in four games against LeBron James, they received a basketball education. 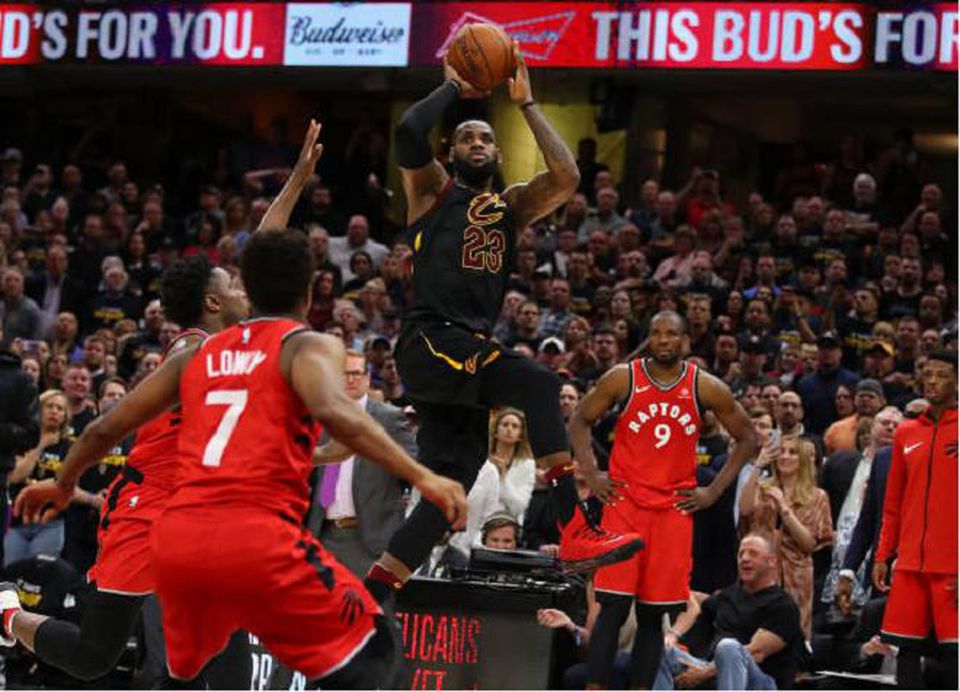 Game 1 in Toronto looked to have set up an immense series, with the Cavs coming out on top by 1 point in overtime 113-112. The Raptors had led by as many as 10 points in the fourth quarter but failed to put the dagger in. They failed to score in the last 2 minutes of regulation, and James stepped in with 4 points in the last 90 seconds to send the game to overtime.

That loss seemed to knock the Raptors off their game mentally and they came out flat in game 2. They never got started and were ceremoniously beaten 128-110. The series moved to Cleveland for game 3, and it was another close contest. Once again the Cavaliers came out on top with LeBron James banking in the winner to beat the buzzer. A heartbreaking 105-103 loss for the Raptors after they played with real heart.

Game 4 however, was like deja-vu all over again. Having failed to show up after they lost a tight game 1, the Raptors were even worse after this tough loss. Playing in Cleveland likely didn’t help, but the 35 point loss was a humiliation that their play deserved. Having scored 37 points in game 3, DeMar DeRozan could manage just 13 in the must-win game 4.

Despite all the Raptors problems, the real story here is the further embellishment on the career of LeBron James. With this win, he advances to his 10th Conference Finals in 12 seasons. Averaging 34 points, 7.5 rebounds and 11.3 assists against the Raptors, LeBron rose to the challenge. Once again he showed that he knew how to win, and how to close a series out.