After Germany, Argentina and Spain have gone out of the World Cup, Brazil remain one of the biggest teams left in the competition. Brazil won their group in order to make it through to the Last 16. This set up a knockout fixture against Mexico, who finished 2nd in Group F.

Brazil into last 16 with ease

Brazil will have to be at their best to beat a strong Mexico side. Marcelo is unlikely to start after being forced off in the game against Serbia with an injury. Fagner looks like he may start against Mexico after looking impressive in the game against Serbia. Brazil will look to Neymar and company to put in another impressive performance to see them through to the Quarter Finals.

He has not really hit the heights yet but this could be his chance to show what he’s capable of at the World Cup. Brazil will be looking for another win in order to live up to expectations. The team will need to rely on a strong defence in order to carry on a solid defensive showing. Brazil have kept 18 clean sheets in the last 24 appearances under current manager Tite.

Mexico will be looking to finally get past the Last 16 stage at a World Cup, going out at this stage in the last 6 tournaments. The side stunned Germany in the opening game and followed it up with another strong performance against South Korea. The 3-0 loss to Sweden looked like a worry for the side and sent them through only as the second team in the group. The side looked like one of the most cohesive sides in the group stages which served them well for the knockout stages.

However, a heavy loss to Sweden raised worries going into their Last 16 fixture. The team will be looking to announce themselves as one of the main competitors with a win against one of the favourites for the tournament. First choice centre back Héctor Moreno will be unavailable for the match. He accumulated too many yellow cards in the group stages and picked up a suspension for the match against Brazil. 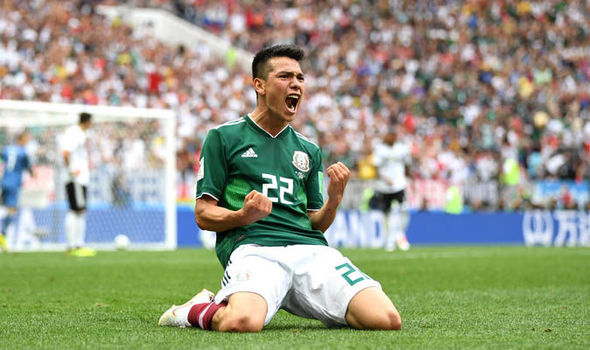 Brazil will play Mexico in the last 16 at 3:00pm GMT at the Samara Stadium in Samara, Russia at the 2018 World Cup.