What Next For The Washington Capitals?

Despite a stunning 4 games to 1 triumph over the Vegas Golden Knights in the finals, the Washington Capitals have a number of key areas that need addressing in the coming weeks. Their salary cap situation isn’t brilliant, and they have major issues at the very top of the team.

It seems almost unbelievable that the Capitals management has let this situation drag on as long as they have. Entering the final year of his contract, Barry Trotz was on the hot seat despite having won over 100points in his 3 seasons as coach, back-to-back Metropolitan division crowns, and a presidents trophy. Three consecutive second-round playoff defeats were deemed underachieving.

In spite of this, GM Brian MacLellan signed a multi-year extension earlier this year. Trotz, however, was not afforded the same courtesy, and now the GM has to find a way to re-sign the man who has just won the Capitals their first Stanley Cup. As a free-agent, Trotz will be a hot property on the coaching market. Having stressed this season how important family and loyalty are, Trotz may well re-sign with the Capitals. 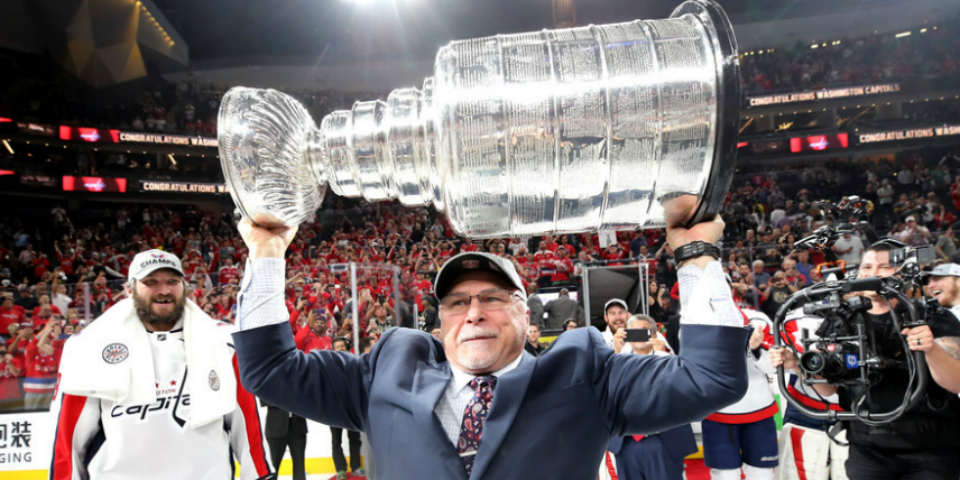 However, they have put themselves in a tenuous situation as Trotz now holds all the cards. He could leave while his market value is at its peak, take a year off, or maybe re-up and stay in Washington. If he stays it is likely his assistant Todd Reirden will leave. Reirden has been groomed as the heir apparent and will probably not want to sit on the sidelines another season. If Trotz leaves, Reirden is the obvious choice to replace him.

Having already somewhat dismantled the roster from the 2016/17 season, more changes are coming for 2018/19. Brooks Orpik is likely gone, and goalie Philipp Grubauer will surely be moved on for either prospects or picks. After the debacle of Barry Trotz, they may look to extend some of the key players from their cup run such as Devante Smith-Pelly and Tom Wilson.

John Carlson is a free-agent and will command top dollar on the open market. After losing key players last off-season it is unthinkable that Carlson walks as well. The Washington Capitals would have major holes in the blue line if they let that happen.

Intrigue surrounds Andre Burakovsky who has been rumored to be on the block. While the Caps surely need to bolster their prospects and acquire picks, and some salary-cap space, the 23-year-old would surely be too valuable to lose. Ovechkin is still in his prime, but his time at the top is not unlimited, and players like Burakovsky and Kuznetsov could well form the basis of this franchise going forward.

What next for the Washington Capitals will likely be determined by re-signing Barry Trotz and John Carlson. If those two things don’t happen, a repeat may be a very long way from their thoughts come next May.