Some of the Lazy Fan Sports editorial team have given us their predictions for the UEFA Champions League Final between defending champions Real Madrid and Mo Salah’s Liverpool.

Join us on Twitter and Facebook in the build-up to the game and throughout as we’ll be bringing you the latest news and reactions directly from Kiev, Ukraine. 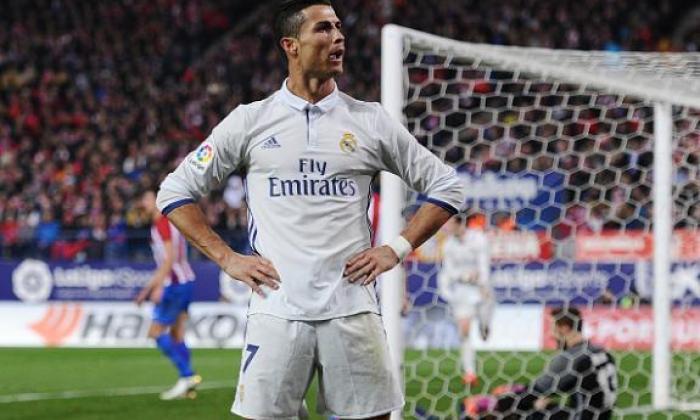 I’ve got a few reasons for why I believe Liverpool will be taken to school on Saturday night. Firstly, Jurgen Klopp has an appalling record in Cup finals, having taken his team to 6 in total. In each of those final games, they’ve been well beaten on 5 of those occasions.

Secondly, Liverpool just aren’t that good. Going forward they’re phenomenal but the amount of space they leave in behind the defence will make it unbelievably easy for the pace of Real Madrid to dominate.

I imagine the game will be locked in at 1-1 going into extra-time, this is when I expect the level of brilliance and professionalism to take over and much like it did a few years ago vs Atletico Madrid I think Real will turn on the style.

Until Liverpool learn to defend adequately, improve the midfield or replace Sadio Mane with someone who has consistent finishing ability they’ll be exactly what Real Madrid believe them to be. A good side, but nothing special.

Liverpool have been sensation going forward for a few years now and I don’t expect much to change come Saturday night. In what I expect to be a goal-fest of a close encounter, Salah and co will tear Real Madrid’s shaky defence to pieces.

I expect Salah to be the man of the night, completing a historical rise to greatness with a hattrick. Real I believe will create far less than Liverpool, as most do. But at the very least I expect them to be clinical (hence the close scoreline).

Salah will get the winner, and the 4th goal could be scored by anyone, Firmino is a good bet but with the way Liverpool attack it could just as likely be Jordan Henderson on the score sheet.

Firstly, I full expect this game to be the most exciting final in recent memory. But, with that said I don’t think the game will even be remotely as even as the majority of fans think.

A quick comparison between the playing personnel will really highlight the mismatch for Liverpool. Ramos and Varane are a different level of quality to Lovren and Van Diijk for example.

Alexander-Arnold and Robertson won’t be able to keep pace with Ronaldo and Bale, plus neither deserve to be mentioned in the same breath as Carvajal and Marcelo.

In the middle, we’ve got Modric, Isco and Kroos taking on Milner, Henderson and Wijnaldum. Once again, another area completely incomparable due to the overwhelming quality of Real Madrid.

Karim Benzema and Cristiano Ronaldo are also both far better than Salah and Firmino, regardless of the Egyptians heroics at Anfield this season.

In fact, the only place I see Liverpool coming out on top is on the left where Mane will need to be at his best to get the better of Casemiro. But even that isn’t guaranteed with the quality of Madrid attacker.

I can’t see this going any other way than a Madrid win with Isco, Marcelo and Ronaldo on the scoresheet for Real Madrid and Mo Salah giving Liverpool a consolation goal.

Liverpool will be gunning for it from the outset, I can see the first 20-minutes or so being completely dominated by the reds. Luckily for Madrid, I think they’ve got enough quality to soak it all up and use the counter-attack to their advantage – exactly how I picture them getting their first goal on the stroke of halftime.

Moving into the 2nd half, I imagine it will start very similar to the first half. With Liverpool pulling 1 back early on. Unfortunately for Liverpool the longer this stays as a close game the more I see Real Madrid coming out on top. With around 15 minutes to go Madrid will exert their dominance to go ahead once again.

With Liverpool on all-out attack trying to force their way back into the game, they’ll become complacent at the back allowing Cristiano and Co to finish the game off at 3-1.

I’m really looking forward to this game. Liverpool will be up for it and I imagine the reigning champions will be as well. Whilst many are barking on about Ronaldo vs Salah I believe the game will be won and lost in the battle of performances between Virgil Van Diijk and Sergio Ramos.

Whilst it could quite easily be a goal fest if neither put in a strong performance. My view is that both will be steady enough to let the game drag on into extra time and eventually penalties.

Coming into this game Liverpool are in the form of their lives, so for them, this Champions League final couldn’t have come at a better time.

It’s not as if Real Madrid won’t pose much of a threat, on the contrary, they’re a very good side, but Mo Salah is quite possibly the best player on the planet right now based on form alone and I think he’s far too good for anything Real Madrid will do to try and stop him.

I fancy Real to win this in a very open and attacking game. Liverpool has fantastic attacking players, but are very suspect at the back and are susceptible to pace and movement from the forward lines. Real Madrid has Ronaldo and he loves the Champions League, especially the final. He will be the star and Real Madrid will lift the trophy for the 3rd year in a row. With Ronaldo lifting 5 in 10 years.