Return Of Neuer Only Bright Spot As Germany Suffer Defeat

The return of Neuer was the only positive as reigning World Cup champions suffered a major blow in their World Cup preparations as Austria came from 1-0 down to win 2-1. On a night when the game was almost called off because of torrential rain, the Germans will be very disappointed in a lackluster start to their preparations.

Return Of Neuer Gives Only Positive

Manuel Neuer returning to the starting lineup for Germany was probably the only positive to come from the game. Having not played a minute of football since September, the fitness of Neuer was the only real question mark hanging over the German squad. Arguably one of the best 2 goalkeepers in the world, his return is great news for Germany. 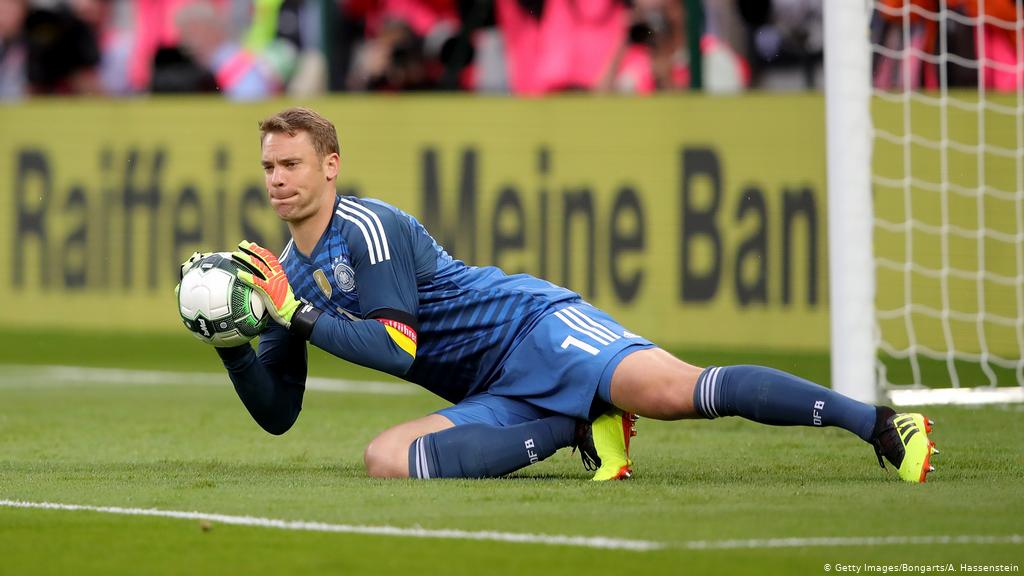 It was a much weakened German team that took to the field against Austria. However, things started much the same as usual. Mesut Ozil calmly slotted home on 11 minutes after a careless clearance from Austria goalkeeper Siebenhandl. Taking the ball just inside the penalty area, Ozil took just one touch before giving the Germans the lead from 20 yards.

In a bizarre mirror of events, Neuer almost returned the favour. However, Schopf’s tame shot was straight at the German stopper. Brandt should’ve made it 2-0 for the Germans but his shot was screwed just wide. Despite the majority of possession, the Germans lacked the cutting edge all night.

Austria came out fighting in the second half and it took less than 8 minutes for them to equalize. Hinteregger latching on to an overhit corner to drive home from the tightest of angles. A full game-fit Neuer would be disappointed to concede the goal, though it was struck well from six yards out.

The Austrian’s continued to press and just 16 minutes later they made history as Schopf finished from 8 years out, beating Neuer to his right. There was nothing the German keeper could do to keep this one out, and the celebrations were wild from the Austrians. This is the first time in 32 years that Austria have defeated Germany.

The Germans will look to take some solace from the fact this was a much weakened starting 11. However, they are now in the midst of a five-game winless run, their longest since the 1987-88 season. They have only one more warm-up game before opening their World Cup defense against Mexico. But when the return of Neuer was really the only positive, things are looking worrying.