The man on top of the PAC-12 Conference, Commissioner Larry Scott has been credited with nearly $5 MILLION in compensation for the 2016 calendar year according to conference’s new federal tax return.

The amount reported in the tax return is a $600,000 increase on what was initially reported that Larry Scott was given in 2015. As you’d expect Scott is now and continues to be the highest paid (annual compensation) commissioner in college sports.

Documentation released recently by the PAC-12, provided by the conference on Tuesday in response to an enquiry by USA Today shows that Larry Scott received $3.5 Million as a base salary in 2016, which allocates around an $855,000 increase on the previous year. 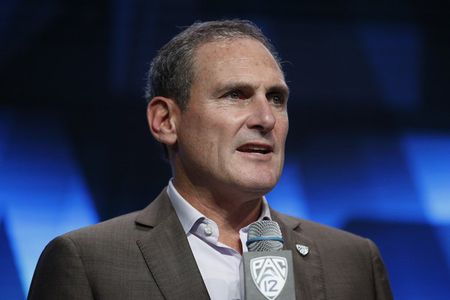 The documentation provided also reveals that Larry is benefitting from a loan the conference paid for of nearly $2 Million.

In other related news, two other power 5 conferences have recently released their tax records for employees in 2016. Bob Bowlsby of the Big 12 was compensated for $3.1 Million also.

The SEC‘s Greg Sankey makes peanuts in comparison as he as compensated $1.9 Million in 2016.  — his first full calendar year as the conference’s commissioner.

The Pack-12 were also have shown to have paid nine separate conference executives nearly $450,000 in 2016. Several of those executives were involved with the PAC-12 Networks.

Former PAC-12 Network president, Lydia Murphy-Stephens was credited with more than $1.2 Million including over $322,000 in bonuses.

The SEC reported on its new return that it received just over $409 million in TV and radio rights fees. (for a fiscal year ending Aug. 3, 2017).