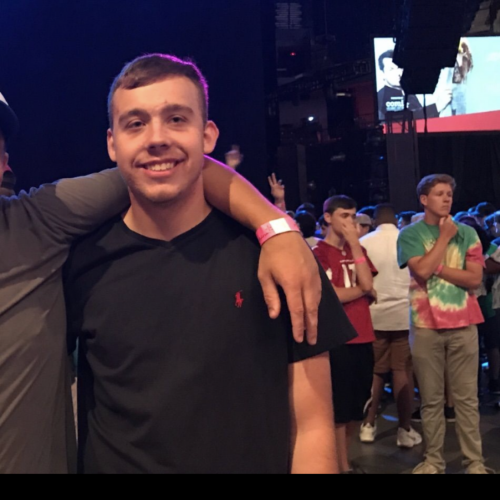 The ACC is known as one of the best conferences in college basketball. With teams like Duke, North Carolina, Syracuse, and Louisville, it seems that there are always teams in contention to win the NCAA Championship. Last season, it was none of these teams that won the conference, it was Virginia, who went 17-1 in the regular season and dominated ACC play. On the other end of the spectrum, Pittsburgh finished in last place with an abysmal 0-18 record. Will one of the powerhouses climb back to the top this season? Let’s find out.

As mentioned above, Pitt did not win a game in ACC play last season. They have fired Head Coach Kevin Stallings, and have replaced him with former Duke assistant, Jeff Capel. This is a move that has Pitt fans hoping that they can return to competitive form. Capel is already putting in work on the recruiting trail, and has brought in 4 star guard Xavier Johnson. I don’t expect Pitt to have another winless season, but I also am not counting on them being competitive with the conference’s elite.

The Yellow Jackets are losing 3 of their top 4 scorers from last season, including leading scorer Josh Okogie, who has decided to remain in the NBA draft. Georgia Tech is a fairly young team with several freshman and sophomore players. Their recruiting class is a pretty good one, and led by 4 star forward Khalid Moore. This is a team that will compete in the ACC in a few years, but for now will be relegated towards the bottom of the conference.

The Eagles surprised a bunch of people with their performance in the ACC Tournament last season, and looked like they were closing in on competing for an NCAA Tournament berth this season. That all changed when Jerome Robinson elected to stay in the NBA draft. Boston College still has Ky Bowman who will be the team’s leader this season. BC may knock off some good teams this season, but this is not the year that they go to the big dance.

The Danny Manning era at Wake Forest hasn’t exactly gone according to plan so far. The Demon Deacons have yet to finish above 9-9 in conference play, and have only one tournament appearance. This may all be forgotten if their recruiting class can live up to their potential. The names Jaylen Hoard, Jamie Lewis, and Isaiah Mucius should all be known by ACC fans by the end of the season. Should these guys stick around a few years, Wake Forest will definitely be a better team than 9-9.

There will be talk about the ACC having 11 teams in the tournament this season. Notre Dame is a talented team, even though they are losing Bonzie Colson and Matt Farrell. The Irish were killed by injuries last season, which led to them going to the NIT. If this team can play without their stars from last season, they will make this 11th place predicition look silly.

The Wolfpack are going to look a bit different this season as Allerik Freeman and Omer Yurtseven are both gone. The good news is that Torin Dorn is back, and NC State has managed to land Kentucky transfer Sacha Killeya-Jones. The Wolfpack may not go 11-7 again this season, but an NCAA Tournament berth is certainly within their grasp.

The Hurricanes are losing two players to the NBA draft, being Lonnie Walker and Bruce Brown, but the rest of a team that was a 6 seed in the NCAA Tournament will be returning. This includes Dewan Huell and Chris Lykes. Miami may not be as strong as last season, but they are still a team that could find their way into the NCAA Tournament.

The Cardinals have gone through a lot in the past few seasons. Even with that, they still just barely missed out on the NCAA Tournament last season. Louisville now has former Xavier coach, Chris Mack at the helm, and will look to return to elite form. They lose Ray Spalding and Quentin Snider, but will have Deng Adel, VJ King, Darius Perry, and former UConn player, Steven Enoch to depend on. Mack has a lot of talent to work with in his first season, and it very well can translate into an NCAA Tournament appearance.

The Tigers find themselves 24th place in my Way Too Early Top 25. Clemson returns Marcquise Reed, Elijah Thomas, and Shelton Mitchell, all of whom were top 5 scorers for this team a year ago. The Tigers managed a 3rd place ACC finish a season ago, but will not be able to do so once again. Clemson, however, should be able to return to the NCAA Tournament.

Things are looking up for the Hokies. They went to the tournament last season, and seem poised to do it again this year. The returns of Justin Robinson and Kerry Blackshear for their Senior seasons are huge for this team. Robinson will be in the running for ACC Player of the Year, and will surely be this team’s leader. The Hokies are also adding a 4 star recruit in Landers Nolley.

The Orange have spent the last three seasons living on the bubble. That could change this season. KenPom.com has Syracuse ranked in the top 10 in his summer rankings. I have the Orange ranked 18th. The most positive news Syracuse could have received this summer, was that star player, Tyus Battle would return to school. That is exactly what happened. Syracuse will also bring back Frank Howard and Oshae Brissett, as well as the rest of their rotation players. This team made the Sweet Sixteen a year ago, and is loaded up for yet another run.

Not many people predicted that the Seminoles would be one of two ACC representatives in the Elite Eight last year. Of course neither team made the Final Four, but Florida State has the talent to get there again. The losses of Braian Angola and Phil Cofer hurt, but the Seminoles will look for MJ Walker and Trent Forrest to fill those roles. This is a fairly young team, and the experience gained in a deep tournament run will prove to be vital for them this season.

The Tar Heels are one of three ACC teams in the top 10 of my Way Too Early Top 25 as they rank in the 10th spot overall. UNC would love to have Joel Berry back this season, but he has run out of eligibility. Luke Maye and Kenny Williams will be called upon to lead the way this season. The Tar Heels also bring in a very strong recruiting class in Nassir Little, Rechon Black, and Coby White. Expect all 3 to make a name for themself in a Tar Heel uniform. This may not be the most talented team in the ACC, but they have lots of experience, which has been the key to Roy Williams’ success.

Everybody knows what happened to Virginia last season. They tore through the ACC with a 17-1 conference record, and a 31-2 overall record. Virginia entered the NCAA Tournament as one of the favorites, and then they made history. They became the first #1 seed to lose to a #16 seed as UMBC lit them up. That’s in the rear view mirror for Tony Bennett now. The Cavaliers bring back Ty Jerome, Kyle Guy, De’ Andre Hunter, and more from the team last season. Virginia is going to be a team out for vengeance, and that could lead to back to back ACC regular season championships.

The Blue Devils did not just bring in the #1 recruit in the country, they brought in the entire top 3. These three players are RJ Barrett, Zion Williamson, and Cam Reddish. You may have heard of these guys before. Barrett has been playing for the Canadian National Team, and Williamson has been dunking on high schoolers everywhere. Duke also brings in a 4th 5 star player in Tre Jones. If you think this is a lot of talent, Duke also brings back Marques Bolden. This team is going to be very tough to beat, and is my favorite to win the ACC.