Despite Great Regular Season, the Nashville Predators Should See This Year As a Failure

By doing this they also made it to the Stanley Cup Playoffs for the fourth consecutive season, the first time that has been accomplished in franchise history (the previous best was three in a row from 2006-2008 and then again from 2010-2012).  All of this came on the back of an improbable run to the Stanley Cup Finals last season, where they ultimately fell in six games to the Pittsburgh Penguins.

On the face of it, this is a marvelous achievement for a team in a non-traditional hockey market.  But make no mistake about it: it is because of these accomplishments that this season should ultimately be considered a failure for the Predators. 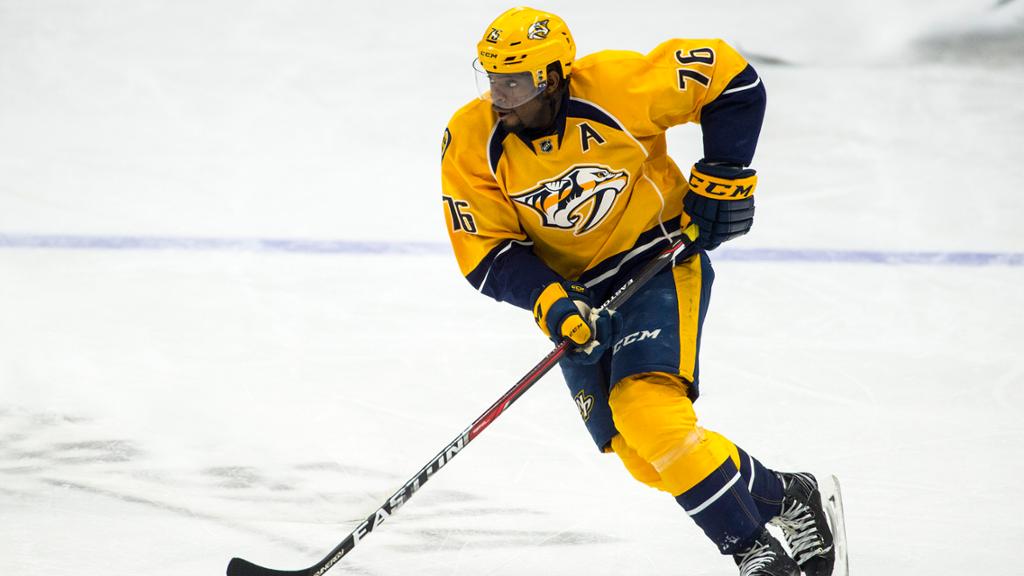 That sounds strange doesn’t it?  A team was the best in the league during the regular season, made it to the playoffs and won a series before being eliminated needing to consider the season a failure.  It may sound strange but here’s the thing: the goal of every time in every league in every sport in the world should be to win a championship, not to just get to the playoffs or have a good record during the regular season.

As Billy Beane said in the movie Moneyball, “If you don’t win the last game of the season, nobody gives a s***.”  Obviously in the NHL, you can’t win a title without making it to the playoffs and having a good record theoretically makes it easier to win in the playoffs but that’s not what happened with the Predators this postseason.  In 2017 they swept the Chicago Blackhawks, eased past the St. Louis Blues in six games and put the Anaheim Ducks away in six games before ultimately losing to the Penguins in the finals.

This year the Predators labored tremendously in the first round against the Colorado Avalanche in a series that, quite frankly, should have been a walkover.  None of the wins were comfortable (not even game 6 that finished 5-0).  But they got the job done and moved on to the Western Conference Semifinals.  This is as far as they got, falling to the Winnipeg Jets in 7 games.

The most infuriating thing about this series was the way the Nashville Predators completely squandered home ice advantage, losing three of their four home games, including game 7 (which is when home ice is supposed to be of the most help).

So how did it get to this?  How did the league’s best team from the regular season not even make it to the conference finals?  The biggest and most glaring issue was the inconsistent and at times downright appalling play of Pekka Rinne, who was nominated for the Vezina Trophy as the best goaltender in the league.  He gave up soft goals, he kept getting pulled from multiple games and one has to wonder if Jusse Sauros could have done better.

But one also has to wonder if head coach Peter Laviolette sticking with Rinne was borne from his disastrous goaltending mishaps with the Philadelphia Flyers in the 2010 Stanley Cup Finals.  Aside from Rinne being shoddy at best in goal a number of other players that were acquired to essentially get the Preds over the top and hoist the cup were complete playoff busts.

Those two were Nick Bonino and Kyle Turris.  Bonino is a playoff veteran, having been through a number of series with the Ducks and winning back to back Stanley Cups with the Penguins the last two years.  He was picked up during the offseason on a four-year, $16.4 million deal and he was practically invisible during these two series.

Turris was acquired in an early season trade from the Ottawa Senators, where he had been a key piece of a number of playoff series for them over the years (scoring OT winners time and time again).  But he was nowhere to be found for the Preds this year.  In reality it seemed like the only two players who were truly putting their hearts and souls into trying to win a Stanley Cup were Filip Forsberg and Austin Watson.

So yes the Predators had a great run to the Stanley Cup Finals last year and yes they won the Presidents Trophy this year and yes they won a playoff series this year.  But it is precisely because of those accomplishments that this season should ultimately be considered a failure.  Key players let them down and players that were counted on to be a force were just extra bodies on the ice.

Keep up to date with all the latest NHL news on our dedicated page here, and check out our twitter for the latest news from the sporting world here.