Georgia Senior athlete Keturah Orji recently put it to Twitter to see whether or not she should now be considered as a long jumper. A fair point considering she had just won the event at the SEC outdoor track and field championships.

However tongue-in-cheek the tweet may have been the honest answer should read that she’s is a triple *and Long Jumper. The triple jump is after all her ‘bread and butter’ event.

The win this past Sunday for Keturah Orji should mark her place in SEC history.

Orji is the only athlete in the 86-year history of the SEC to win the same event 4-times indoor and 4-times outdoor. She also grades out with a top-6 mark in the NCAA history books.

Keturah Orji is a legend already 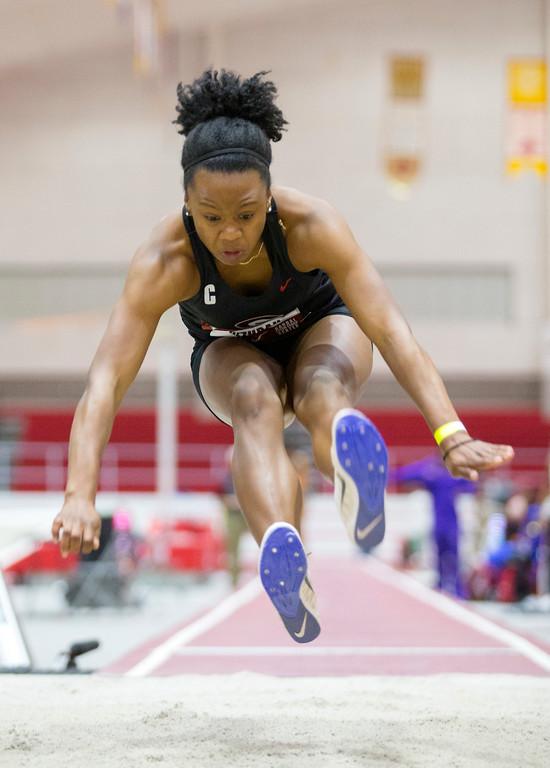 Keturah Orji is known for becoming incredibly competitive, hard-to-beat and focused as her signature events draw closer. This year she disposed of her competition after her first jump (14.49 meters) and then her last jump which came in at 14.62. Both attempts broke the SEC record.

Besides going after her 4th straight NCAA outdoor title next month. Keturah Orji will also be aiming for the American record – A record she used to own until Tori Franklin recently leapt ahead of her (14.84) on Saturday.

Keturah Orji said “I knew that my American record was gone, so I thought if I’m feeling good I can try to break it, but I also long jumped (Saturday night).

Georgia coach Petros Kyprianou said the broken American record will be good for Keturah Orji as she moves on to the next stage of her career. And for the USA triple jumping community.