Katie Chapman is Hanging Up Her Boots

England midfielder and Chelsea Ladies Captain Katie Chapman has decided to hang up her boots at the end of this coming season.

The 35-year-old role model who started playing professionally in 1996 with Millwall went on to win a record 10th FA Cup with Chelsea.

Luckily for Women’s football Katie Chapman won’t be far from the footballing world as she’ll take up an ambassador role with Chelsea Ladies, maybe a little sports punditry?

The former Gunner went on to say “I’ve had a great career, no regrets, and I’ve won so many trophies,” on the club website. 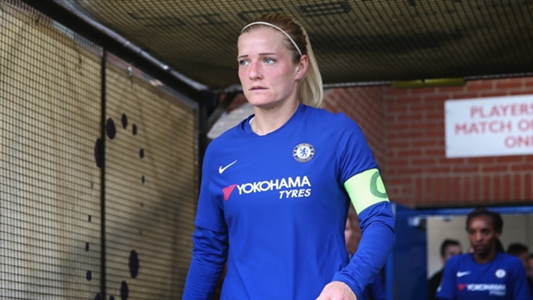 “I’m grateful I have my children and I managed to have them during my career, so they’ve been able to grow up while I’m playing and see a lot of it.

“For me, my focus is on enjoying them and having a bit of my time back.”

A women’s legend in her own right Chapman captained the West London side to a double in 2015 (League and FA Cup), won the WSLSS in 2017 and then added her 2nd FA Cup earlier this month.

In an interview with BBC Sport after the FA Cup victory against her former club Arsenal, she said “Is there more to come? Yes, of course. I love playing football and winning trophies.”

The Chelsea captain, formerly of Fulham and Charlton, as well as Arsenal and Millwall, also represented her country at two World Cups and three European Championships. Katie Chapman was also part of the England Squad beaten as finalists nearly a decade ago at Euro 2009 and the semi-finalist (3rd place finishers) at the World Cup in 2015.