Despite narrowly missing out on England number one duty at the recent World Cup to Everton stopper Jordan Pickford, Butland is still on the radar of their Merseyside rivals but only as a backup option.

Butland was relegated from the Premier League last season with Stoke City and has been a rumoured target for multiple top-flight sides.

The 25-year-old began his career at Birmingham City where he made his first-team debut as a 19-year-old before deadline day January move to Stoke City in 2013 for the bargain fee of just over £3 million.

Jack Butland has been quality for Stoke 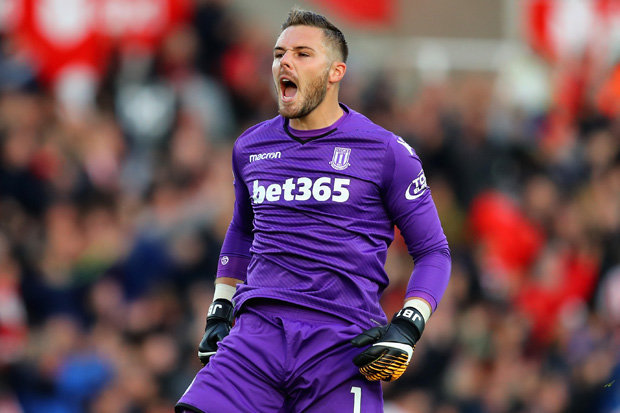 Butland has represented England from under-16s level all the way up to senior level, making eight appearances for the full England side, and has plenty of experience in England’s top-flight.

However, a handful of mistakes last season have prompted the Englishman to be knocked down to number two status on Liverpool boss Jurgen Klopp’s list of goalkeeping transfer targets and it is unknown whether or not Butland is willing to move for anything less than first team football at this point in his career.

Following Pickford’s heroics at the World Cup it would seem that Butland needs to be a regular at club level but playing in the Championship should he decide to stick with Stoke could also hurt his international aspirations.

A move to Liverpool would not only allow Butland to play Premier League football once again but, with Liverpool hoping to compete on both the domestic and European front once again, there will more than likely be plentiful opportunities for him to get some time in between the sticks at Anfield should Klopp decide to cut his losses on the Loris Karius failure.