France defeated Belgium in the Semi Final to book a place in their first World Cup Final since 2006. Both teams put in a strong performance and the match was incredibly tight before a set piece goal for France saw them through to the final. A goal from defender Samuel Umtiti booked them a date in the World Cup Final on Sunday.

The game immediately set off to a tight and tense start with both teams showing their desire for success. There were many chances early on in the game but good defending ensured the game remained tight throughout the first half. Belgium looked like the stronger side in the first half but the score still stood at 0-0 at half time. Olivier Giroud had the best chance of the first half but didn’t manage to get a clean shot away when one on one with the keeper. That form from Giroud continued in the second half as he failed to trouble the Belgian defence. 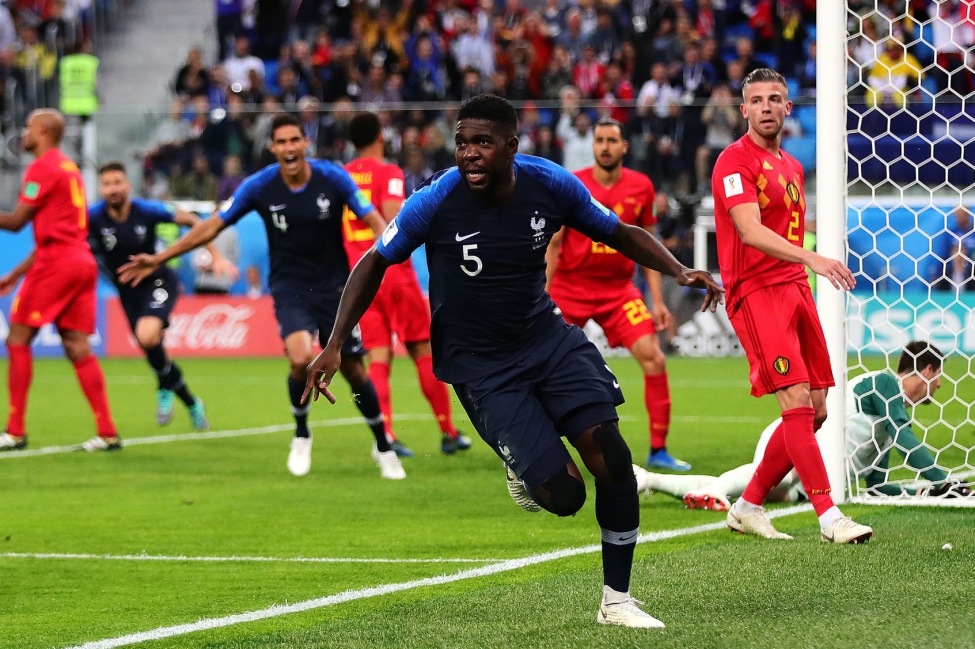 Belgium continued their impressive form in the second half. However, it was France who took the lead in the 51st minute with a set piece converted by Barcelona defender Samuel Umtiti. France played defensively for the rest of the game and Belgium then looked like the side more likely to make something happen. Both keepers looked in incredible form as they kept more goals from being scored in this match. Giroud will continue to be questioned after failing to impress again against Belgium. France will now play the winner of the other Semi Final between England and Croatia.

Semi Final Man of the Match

My man of the match would have to be Kyllian Mbappé. The 19 year old French forward consistently caused trouble for Belgium. Throughout the game, he looked like France’s biggest threat. His pace was difficult to deal with and helped France secure their place in the final. Mbappé has announced himself on the international stage during this tournament and looks to have an incredibly bright future ahead of him.