Ethan Happ: The Best Player You Never Heard Of 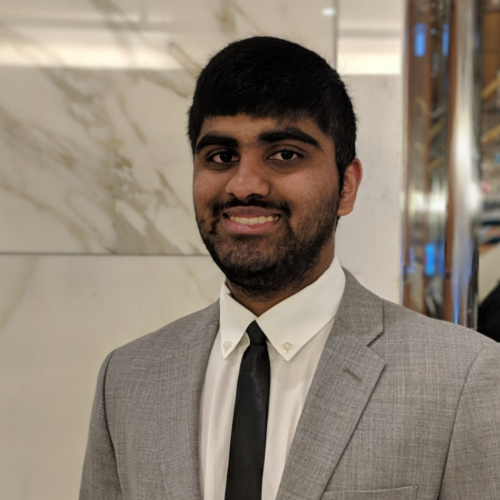 So who’s Ethan Happ? That’s probably your first question. Avid college basketball fans will remember Happ from the Wisconsin Badgers’ 2017 March Madness run. This was the year in which they pulled off a major upset against #1 seed Villanova. Back then Happ was the 3rd best player on that team behind Bronson Koenig and Nigel Hayes.

The 6’10” 235 lbs Junior is an interesting power forward in today’s version of basketball. In a team full of young and inexperienced players, Happ emerged as the unquestioned leader. Unfortunately, Wisconsin tumbled to a 15-18 record while having to play in the tough Big 10 conference. Despite all that, Happ had a career year for the Badgers.

Finally becoming the focal point for the Badgers, Ethan Happ produced a career-high with 17.9 PPG, showing off his full repertoire of moves. The field goal percentage took a hit, but that’s expected with his usage rate increasing from 26.6% to 34.9%. Happ also became a much better passer this year averaging a career-high 3.7 APG, a number I believe would be even higher with a better supporting cast.

The first thing you notice about Ethan Happ is his tremendous footwork. In the post, Happ has a great feel for the game using his footwork to boost a plethora of post moves. He has the post hook, drop step, step-through, and the most beautiful post spin in the country. Happ also uses pump fakes and head fakes very well.

Check out this video of Happ showcasing his footwork.

You can see when Happ settles into the post he immediately uses his fantastic post spin to create space and attack the basket. He sees the defender to his left and switches hands fluidly finishing with his right hand. His great footwork allows him to keep balance and score easily.

As you may have noticed in the video, Happ is the one bringing the ball down the floor, much like a point guard does. Happ has the rare ability to play the “point forward” position. After grabbing a rebound he has the ball handling and vision to bring the ball down the court, rare traits for a big man.

This gives him a strong “face up” game, he has the ability to attack defenders from the perimeter much like a guard does. His great vision allows him to see open shooters and cutters while he attacks the basket.

In this play, you can see Ethan Happ’s face up game, from the perimeter he starts sizing up the defender and draws the double team. Instead of panicking, he sees teammate Khalil Iverson and hits him with a perfect pass for a wide open dunk.

Ethan Happ can move very well for someone at his size. You can see in this video Happ’s athleticism, specifically his straight-line speed. After grabbing the rebound, he hands the ball off to his PG (Showalter) and runs the floor. Happ beats everyone down the floor and would have had an open layup if Showalter could have hit him with the pass. Happ does not give up however, he gets into position for the post up and once again shows his prowess near the basket. Using the post spin and pump fakes, Happ finishes through contact, something he is tremendous at.

Ethan Happ has a very high IQ for the game. Here you can see him setting an off-ball for teammate Brevin Pritzl. Happ notices Miles Bridges is distracted by Pritzl and Happ makes a hard cut to the basket. The result is a wide open dunk. This once again shows off Happ’s understanding for the game.

People will be most surprised with Happ’s prowess in the pick and roll game. He’s great as a roller, setting hard screens and understanding when to roll. What surprises people is his rare ability to operate as the pick-and-roll handler. His ability to handle the ball on the perimeter will keep teams off balance.

Happ is a very solid rebounder. He uses his IQ to locate the ball and athleticism to get to it quickly. He averaged a solid 8.3 RPG on 28.9 MPG over his career. What’s most interesting is his offensive rebounding. He led the Big 10 in offensive rebounds per game in the 2016-2017 season with 3.2 ORPG.

Happ is also a fabulous defender. He’s not the most intimidating rim protector with his career 1.0 BPG, but he’s not bad. He’s very active and aggressive on passing angles averaging 1.7 SPG on his career. His 1.8 SPG his Freshman and Sophomore year ranked 1st in the Big 10 both years. He’s an excellent pick and roll defender, in addition to being a very good perimeter defender.

“So if Happ’s so good, why does nobody want to draft him?”

What you just saw was his one and only three-pointer made all three years at Wisconsin. After never attempting a three his first two years, Happ finished 1-11 3PT his Junior year. Notice Happ’s awful shot mechanics. He barely gets off the ground, takes a long winding shot, and almost pulls the ball behind his head. Not good at all.

Happ has the skill set of a center, but the body of a power forward. Happ will not be able to pull the same moves in the post against the larger centers of the NBA, therefore he will be relegated to playing the power forward position. Defenders will simply play off Happ, limiting his productivity as well as the floor spacing.

If Happ does not learn to shoot a jump shot he will be forced to only play as a small ball 5. A role which will limit his minutes greatly. What may keep Happ’s minutes afloat is his ability to handle the ball.

Happ reminds me of Julius Randle, the PF of the LA Lakers. Much like Happ, Randle struggles with his jump shot. However, Randle gets away with it. His ability to be a point forward, his strong post-up game, and an even stronger face-up game are all that keep Randle afloat. Randle’s an undersized 4 without a jump shot, but he still finds success with his ball handling and face up game. Happ has the same dilemma.

Happ has a complete game, which can be attributed to his upbringing. As a Freshman in high school Ethan Happ was only 6’2”, a far cry from his current 6’10”. As a result, Happ learned the game as a guard. He understands what guards want big men to do, has outstanding footwork, has the rare lateral quickness for a big man. All traits he learned from being a guard. Happ’s versatility is his biggest selling point.

As far as the NBA goes, Ethan Happ declared for this year’s draft but did not sign with an agent. This means Happ can still return to Wisconsin for another year if he withdraws by May 30. I believe Happ would be benefited greatly from another year at Wisconsin. Happ will have the time to develop a jump shot and advance his game even farther.

Most mock drafts have Ethan Happ going in the 2nd round, some even have him going undrafted. Despite that, Happ is not that far off. Adding a solid jump shot will catapult Happ into the 1st round in a hurry. Happ is one of the hardest workers out there and his strong work ethic will get him to the NBA. You may not know Happ now, but watch out, he’s coming soon.