Barcelona has made their first significant act in this years summer transfer market with the soon to be announced signing of Cristian Pavon of Boca Juniors.

Pavon has also been linked with a move to Arsenal.

The Argentinian has been a constant for Argentina during their short-lived World Cup campaign. A defeat to France sending Messi’s side out in the round of 16.

Pavon began his footballing career with Argentine club Talleres de Cordoba, where he signed his first professional contract as a 16-year-old back in 2012.

Fast forward 2 years into 2014 and Pavon makes a significant move to Boca Juniors in a £1.1 Million deal. Cristian has been a Boca player ever since.

As a player, Pavon tends to occupy the entirety of the frontline but as a right footer, he often sticks to the right-hand side.

Comfortable on either wing or down the middle, Pavon possesses exceptionally quick pace and the vision comparable to fellow Argentine midfielder Juan Roman Riquelme.

Considering the young talent that’s arrived from the Argentinian shores over the years, it is quite the compliment for Pavon to be mentioned alongside the likes of Dybala, Icardi & Vargas.

Tipped as a breakthrough star for this summers’ world cup Pavon didn’t do quite as well as he did at club level, where he scored 9 goals and assisted 10 for Boca Juniors on the way to a league title. 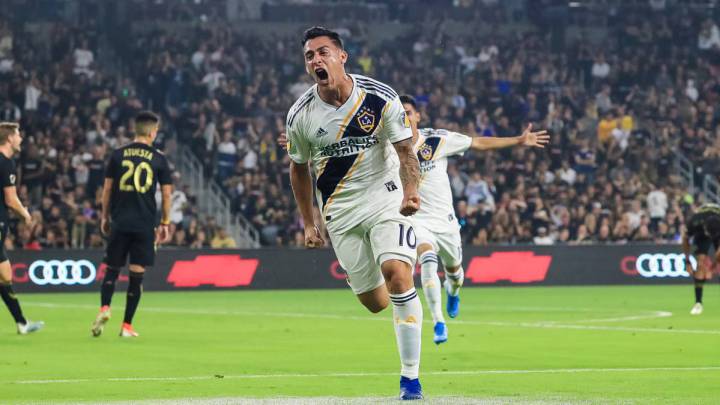 “He’s got searing pace that will trouble any full back. He’s very direct, he’s quick, he can go outside and likes to cut inside – so that shows he’s an all-round threat.

“He gets goals as well as plenty of assists and that width, pace and power can be a useful tool in any team that uses it right.

“It means a team in England could be quite well suited to him. I think he is someone who could go in and potentially make an impact in a quick, high pressing or counter-attacking side even.

“He’s got a good shot from range as well. His finishing has not always been his strongest suit. He does score the odd spectacular goal cutting in from the flank. He can play on the left and use that right foot.

“He’s got a bit of everything. Di Maria is the obvious player you can compare him to, but I think he’s got slightly better decision making from Di Maria at times.”