The Stanley Cup has a new home in the nation’s capital, as the Washington Capitals Won game 5 to complete a gentleman’s sweep over the Vegas Golden Knights. In a see-sawing battle, the Caps came out with a 4-3 win and a 4-1 series triumph.

Despite the odds being stacked heavily against them, Vegas came out fighting.  Upping the pressure on the forecheck, and registering multiple hits in the Caps zone early on. It was the Vegas we had seen for most of the season, fast to the puck and high pressure at all times. Quality chances were hard to come by in the first period, and it wasn’t until 6 minutes into the second that we finally saw a goal.

Jakob Vrana scoring the first for the Capitals which ignited the Golden Knights once again. Vegas would tie the game through Nate Schmidt, before a tripping penalty on Braden McNabb put the Capitals on the powerplay. It’s been these types of mistakes that have cost Vegas in this series, and that was to prove the case again. Alex Ovechkin scoring on the powerplay to give Washington a 2-1 lead. 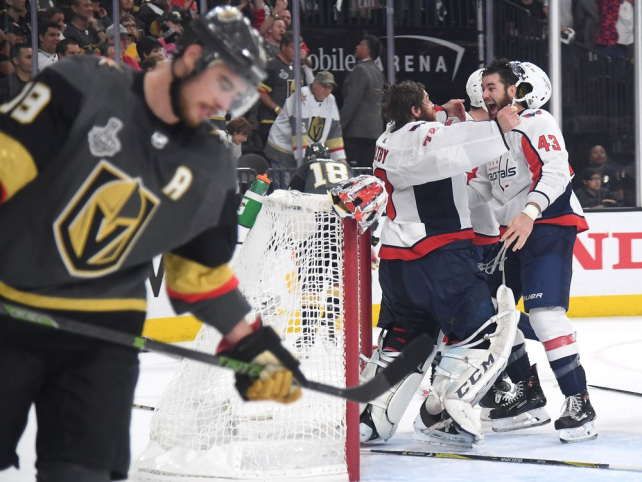 It was a wild second period though, and it would finish with the Golden Knights 3-2 up after goals from David Perron and a powerplay goal from Reilly Smith. Just 29 seconds remained in the period when Smith scored to give Vegas all the momentum going into the third period.

It took 9:52 into the third for the Capitals to get back on level terms. Brooks Orpik just keeping the puck in the zone and lofting it forward to Devante Smith-Pelly. DSP controlled the puck with his skate to go past Fleury and put the puck in the near-empty net. Lars Eller will be remembered for scoring the winner after a shot from Brett Connolly squeezed through the pads of Fleury and left him the simplest of tap-ins. 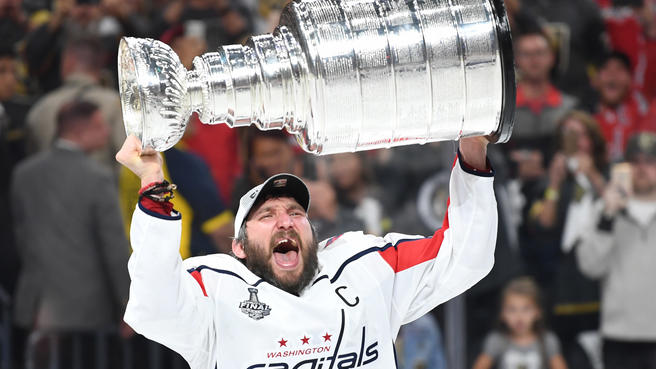 After 44 years of waiting, the Capitals celebrated as only hockey players can. Alex Ovechkin was the Conn Smythe Trophy winner. It was a well-deserved reward for the Great 8, but it could just as easily have gone to Kuznetsov or Oshie. But despite this honour, it was the Stanley Cup he craved the most.

We did it, that’s all that matters. Look at the smiles on my teammates. This is something you’ll never forget. This moment, I’ll remember for the rest of my life. I’m so happy. It’s unbelievable

It was an epic season for the Vegas Golden Knights, but their fairytale didn’t quite have the perfect ending. In the end, maybe their lack of a true superstar affected them. Marc-Andre Fleury is the closest thing they have, and his performance was underwhelming as he was outplayed by Brayden Holtby in the final 4 games.

Both teams will have busy offseasons as they look to strengthen and keep together rosters and coaching staffs. But for now, the Capitals are on top of the hockey world. A return run to the Stanley Cup will be hard for both.

Facebook
Twitter
WhatsApp
Previous articleThree Keys For A Vegas Win In Game 5
Next articleWhat Next For The Golden Knights?

Why 2020 Was The Year Of Giving In Sport

British Ice Hockey, what could be done better?

The best NHL goalie setups of 2020