The College Football Playoff rankings are out and that means that the home stretch of the college football season is upon us.  The races for the four Playoff spots are getting tighter and the races for the conference titles are becoming more intense.  Races in the ACC Coastal, the SEC East, the B1G East and the Big XII are all getting very interesting.

This week looks set to make those pictures much clearer with a whole slew of ranked vs. ranked matchups between division and conference foes.  So here are the best college football games to watch in Week 10.  All games are listed in chronological order and all times listed are Central Time.  All rankings reflect the most recent College Football Playoff poll.  And remember, if your team doesn’t make this list, it’s only because I hate them. 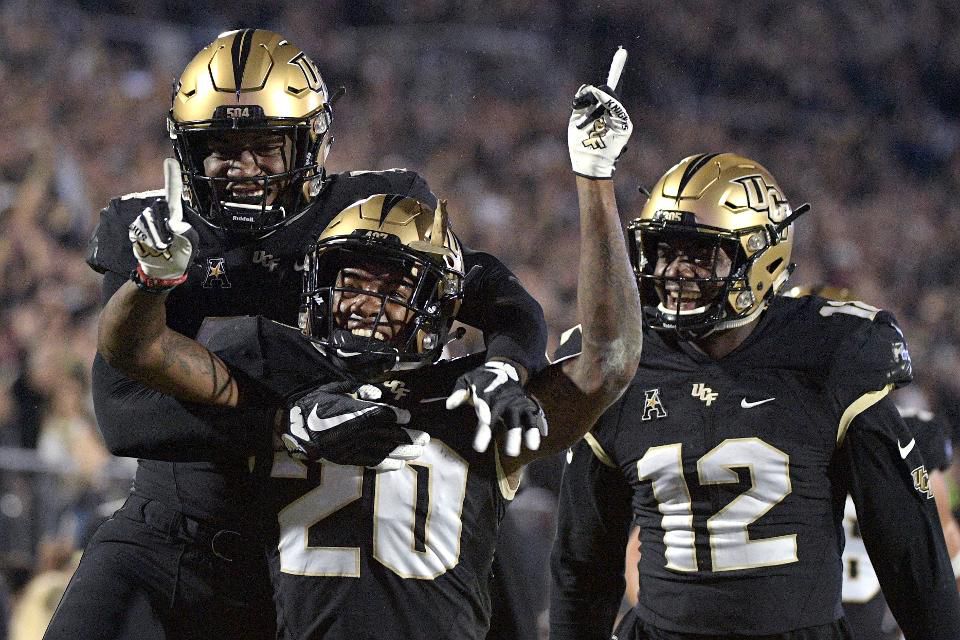 Why you should watch: It’s the best game of the night.  At this point everybody is aware of UCF and how good they are.  They’re 7-0 this year and have won 20 games in a row.  They figure to be the prohibitive favorite in the American the rest of the way and could go to a second straight NY6 bowl game.  Temple meanwhile has come on strong after a slow start to the season, sitting at 5-3 after an 0-2 start (with losses to FCS level Villanova and then Buffalo).

Why you should watch: It’s the best game of the night.  This game could got quite a long way in determining who wins the ACC Coastal, which is wide open at this point.  Virginia leads the way at 4-1 in conference play but Pitt is right on their heels at 3-1.  Virginia Tech is also right there at 3-1 and even Miami is within striking distance at 2-2.

Why you should watch: Games between the service academies will never not be on this list.  Air Force is already a leg up in the race for the Commander In Chief’s Trophy after they beat Navy earlier this year.  Army is having a very good season at 6-2 (with both losses on the road against Power 5 teams) and a win hear would mean the annual Army/Navy game in December would determine the winner of the CIC Trophy.

Why you should watch: It’s a top 10 matchup that will probably determine who wins the SEC East.  Georgia and Kentucky each have one SEC loss (Georgia to LSU and Kentucky to Texas A&M).  The winner here has a huge leg up as they will only have one conference loss compared to two for the loser and Florida.  And the hardest games for each team are already out of the way.  It’s a big one in Lexington and let’s take a minute to marvel that Kentucky football is in this position, especially given that basketball season starts in a few weeks.

Why you should watch: It’s a top 20 matchup between two teams with Big XII title aspirations.  Both teams are still on the fringe of the College Football Playoff discussion and a loss here would probably doom both teams in that regard.  It may also derail any hope of going to the conference title game for the Mountaineers as they already have a conference loss and still have a tough slate of games ahead, while Texas has already gotten their toughest games out of the way.

Why you should watch: It’s a top 15 matchup that could go a long way towards determining the B1G outlook.  Jim Harbaugh has gotten the Wolverines on a roll after a season opening loss to Notre Dame and finally started to beat some good teams (Michigan State and Wisconsin come to mind).  Penn State seems to have fallen off a little without Saquon Barkley and Joe Moorhead but a win here keeps them in the hunt to get to Indy.

Why you should watch: Undefeated Notre Dame is always must watch TV.  But this game feels like the trap game of all trap games for the Irish.  Northwestern’s coach, Pat Fitzgerald, hates Notre Dame with a white hot burning hatred.  He’s backed it up too, beating the Irish in South Bend in 2014.  The game is also in Evanston, so it’s a true road game for the Irish, something Brian Kelly has struggled with in his time at ND.  But the Irish have made a serious attempt to put the road demons behind them with wins at Wake Forest and at Virginia Tech.  Drama should be high in this one.

Why you should watch: The biggest game of the week without question.  Two top 5 teams squaring off in a game that will more than likely determine the winner of the SEC West.  It would take a brave man to bet against Alabama, as they Tide have won seven in a row (including the last three in Baton Rouge) and have been crushing opponents this season.  But LSU is always tough at home and they have beaten 3 top 10 teams already this season.  This game is typically a low scoring slugfest, but Alabama’s offense can score.  Can LSU’s defense keep Tua in check?